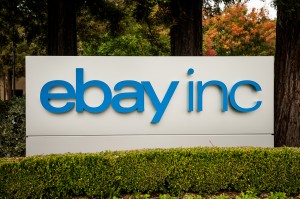 EBay is mulling a significant round of layoffs that could result in thousands of job losses early next year.

Sources told The Wall Street Journal the cuts are primarily expected to occur in the company’s core marketplace division in preparation for the spin off of PayPal. At least 3,000 jobs, or 10 percent of eBay’s workforce, could be eliminated.

The e-commerce company operates from a sprawling suburban campus in San Jose, Calif., but has recently opened several satellite offices around the country, including Seattle, Portland and New York.

A spokeswoman tells GeekWire that eBay doesn’t comment on rumors, adding, “We are focused on running the business and setting eBay and PayPal up for success as independent companies.”

The Wall Street Journal indicated the layoffs could help eBay become an attractive takeover candidate. Spending within the marketplace division, which includes both eBay.com and StubHub, has increased with operating costs jumping 14 percent in the first nine months of the year.

It would be fair to assume many changes in addition to layoffs are under consideration. As part of the announcement that eBay and PayPal would split, CEO John Donahoe said he would hand over the reins to Marketplaces President Devin Wenig.

Separately, Re/code reported this morning that Donahoe would likely step down from eBay’s board next year in favor of a seat on PayPal’s board. With Donahoe taking a backseat, it could free up Wenig to put his own mark on the company.