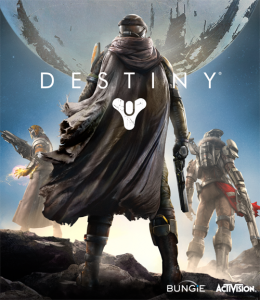 As Bungie gears up to release its highly-anticipated Destiny game, the Bellevue-based company today posted a 7-minute video clip showing footage from its new title.

Destiny is Bungie’s first new game since it spun off from Microsoft in 2007. The first-person shooter lets players create customizable characters and travel to other planets after a cataclysm destroys much of Earth. As one of the few survivors, players must defend Earth and reclaim the solar system from alien invaders.

The video below features a co-op mission and shows off some of the game’s graphics and gameplay. You’ll notice that Destiny is somewhat similar to Halo, the massively successful franchise that Bungie created and developed titles for until 2010.

The game, which is published by Activision, will hit store shelves on Sept. 9 and will be available on the Xbox One, Xbox 360, PlayStation 4 and PlayStation 3. Those interested in signing up for the Destiny beta can do so here.