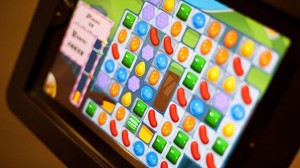 The London-based company said it earned 59 cents in adjusted earnings per share in the second quarter, which was in-line with analyst expectations, however, revenues came in at $593.6 million vs. $606 million estimated by Wall Street.

This is the company’s second quarterly earnings report as a publicly held company, and the second time it has fallen short of expectations. At the time of the IPO, critics were concerned that King’s fortunes were too closely tied to one title, and that may still be a valid concern.

The company said it is revising its full-year outlook to reflect the short-comings. For the full year, it expect gross bookings to total $2.25 billion to $2.35 billion.

King also announced a $150 million special dividend, and that it was acquiring Nonstop Games, a Singapore-based game maker for $100 million, consisting of $6 million in upfront costs; $10 million in retention packages and $84 million in contingencies that will only be paid if the games — coming in 2015 — produces revenues. The contingency will be paid in cash over four years.

The company said the acquisition will allow it to expand beyond its core competency of casual games.