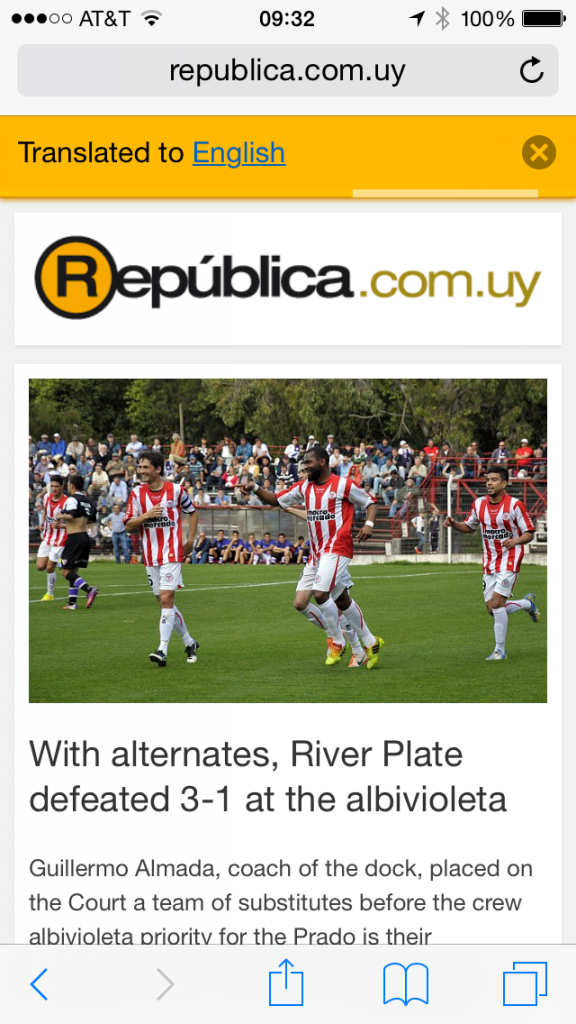 One of the great annoyances of using a mobile device to search the web has been encountering websites in foreign languages. After all, it’s easy enough to copy and paste a link into a translation service when working at a computer, but trying to do the same thing on a phone is a time-consuming process.

That’s what Microsoft is aiming to fix with the next update to its Bing Search app for iPhone, which includes a new extension that people with iOS 8 can use in Safari (the iPhone’s built-in web browser) to translate pages written in another language.

To access the extension, users have to open the share sheet in Safari by tapping the icon at the center of the bottom toolbar, and then scrolling over to “more” in the bottom row of icons. Switch on the “Bing Translator,” and hit done.

After that, users can engage the translator by tapping the translator icon in the same menu. In my initial testing, it’s proven reasonably accurate and incredibly fast. No computer-based translation system on the market today is perfect, but it’s good enough to give people a sense for what they’re reading.

In addition to the translation extension, Microsoft also included a new widget that allows people to view trending searches and Bing’s Image of the Day at a glance from their Notification Center, alongside whatever widgets they have installed. It’s an interesting concept, but people who are interested in keeping as much real estate to themselves in the Today view may be turned off by the massive size of Microsoft’s widget.

The Bing Search app is available as a free download in the App Store.