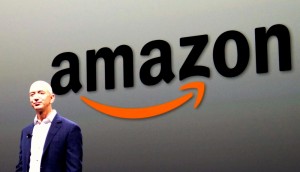 Amazon is planning to launch a music streaming service for people who subscribe to its Prime service, according to a report by Buzzfeed. The service is slated to launch in June or July of this year, according to five music industry sources familiar with Amazon’s plans.

It would provide Prime subscribers with music six months after its initial release, expanding the amount of free streaming media available to Prime subscribers. The delay would set it behind competitors like Spotify or Rdio, but would add another bonus to Prime membership nonetheless.

It’s a move that makes sense for Amazon, especially as the company works to retain and attract customers to Prime after raising its annual subscription fee to $99 a year.

Amazon already has a digital music store in the form of its Amazon MP3 service, which allows users to purchase songs and albums and then stream or download them to their devices, but hasn’t jumped into the subscription service fray. Especially as more users start trying subscription music services, Amazon’s offering could be a solid choice for those among its 20 million Prime subscribers who want to dip their toes into the streaming market.

In addition, the free streaming music capabilities would be a boon for the smartphone Amazon is rumored to be working on, as well as its Kindle Fire tablets. Those devices start to look a lot more attractive if users can pick up a free music library as well as a free video library for them. It would also catch Amazon up with competing mobile OS makers which already have streaming services, and Apple, which announced yesterday that it plans to acquire Beats Music and Beats Electronics for $3 billion.

Today’s news follows reports earlier this year that Amazon was working on a streaming music service.