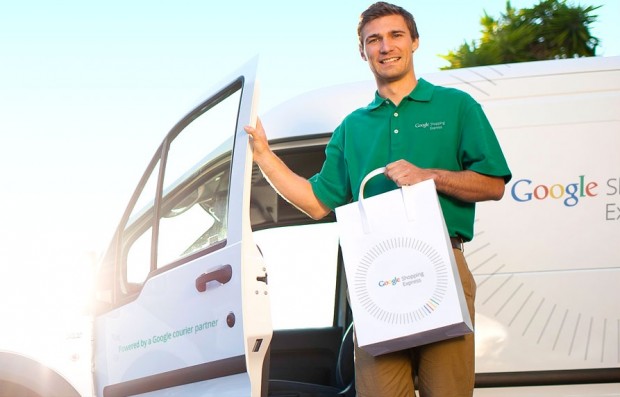 Google will offer online shoppers same-day delivery of books from Barnes & Noble stores, under a new partnership that aims to help the companies compete more aggressively with Amazon.com, their common rival.

The service will be tested in Manhattan, West Los Angeles and the San Francisco Bay Area, launching on Thursday, according to a report tonight by the New York Times. The books will be delivered via the Google Shopping Express service from Barnes & Noble stores. T

Same-day delivery represents a new way of leveraging Barnes & Noble’s physical retail footprint, effectively allowing its stores to double as warehouses for online orders. Barnes & Noble’s CEO, Michael Huseby, tells the newspaper that the test is an “attempt to link the digital and physical.”

Amazon on Tuesday announced the expansion of its own same-day delivery service.