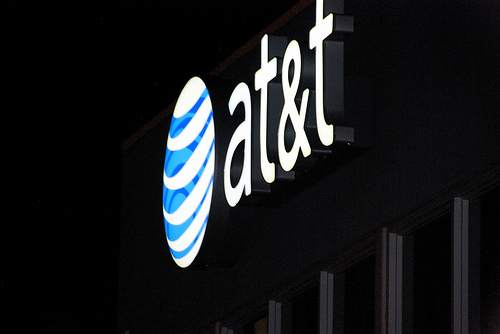 AT&T this morning confirmed that it will offer a $200 credit to T-Mobile customers who switch from the smaller wireless carrier, plus an additional promotion card worth up to $250 of the value of their smartphone if they trade in their existing device as part of the process.

First reported yesterday by GeekWire, the “Switcher’s Bill Credit” from AT&T is a preemptive strike against T-Mobile, which has been rumored to be planning a similar incentive for AT&T customers, possibly to be announced at the big CES technology show in Las Vegas next week.

The switcher credit is unusual in part because it isn’t being offered to customers of Verizon and Sprint. Both of those company are larger carriers than Bellevue-based T-Mobile US. However, T-Mobile has been steadily adding customers and upending the industry over the past year with new programs that challenge the carriers’ traditional ways of doing business, and AT&T is a frequent target of jabs from John Legere, T-Mobile’s outspoken CEO.

AT&T describes the offer as a limited-time promotion, starting today. The company outlines the process for switchers on this page. The $200 “Switcher’s Bill Credit” is available for each line transferred from T-Mobile, and AT&T says switching customers will receive the credit on or before their third bill after switching.

The trade-in promotion card of up to $250 is actually similar to past trade-in programs from AT&T, and wouldn’t have been newsworthy by itself. The actual payout will depend on the device being traded in, but the inclusion of the trade-in option allows AT&T to say its offering T-Mobile customers “up to $450 per line to switch.”

A footnote in the AT&T press release explains that the promotion cards received for trade-ins “may only be used toward purchases of eligible AT&T products & services or to pay your wireless bill.”

Why is AT&T targeting T-Mobile, specifically? An unnamed AT&T representative tells CNet News.com, “Wireless has always been a very competitive industry and a move like this should not be unexpected … As you know, there are handset promotions all the time.”

No official comment from T-Mobile yet, but Legere had this to say after our initial story yesterday.

Hmmm… if this rumor is true, I guess we are making AT&T a bit nervous. http://t.co/WzW486rj97 Good to know! #UnCarrier

AT&T and T-Mobile are both holding events at CES in Las Vegas next week, and GeekWire will be there reporting from the scene (and the rest of the show).