Android saw year-over-year growth across 12 major global markets and accounted for 50.6 percent of smartphone sales in the U.S. from October to December of last year, finishing ahead of iOS (43.9 percent) and Windows Phone (4.3 percent). iOS saw a 5.8 percent decline from 2012, while Windows grew 1.9 percent.

Though Android continues to grow in popularity, Kantar noted that Samsung is “coming under real pressure in most regions,” and particularly in China.

“In December, Xiaomi overtook both Apple and Samsung to become the top selling smartphone in China – a truly remarkable achievement for a brand which was only started in 2010 and sells its device almost exclusively online,” Kantar’s Dominic Sunnebo said in a statement. “The combination of high spec devices, low prices and an ability to create unprecedented buzz through online and social platforms has proved an irresistible proposition for the Chinese.” 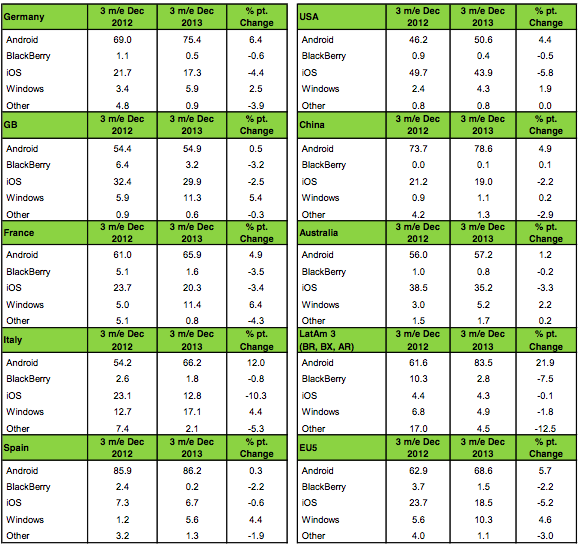