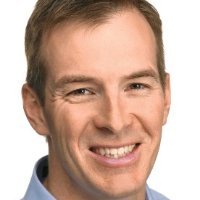 Bill Carr, a 15-year veteran of Amazon.com, who most recently headed up the company’s digital music and video programs, is leaving the Seattle company.

Under Carr’s watch, Amazon entered the video and music streaming scenes, by launching services that compete respectively with Netflix and Spotify and Pandora.

A spokesperson told the Wall Street Journal that Carr planned to spend time with family and travel, but was vague about future plans.

During Carr’s tenure, Amazon also was awarded an Emmy (even though it took 18 failed nominations to get there).

The award, handed out by the National Academy of Television Arts & Sciences, went to Amazon Instant Video for its work on “personalized recommendation engines for video discovery.”

When accepting the award last year, Carr was quoted as saying: “Our goal is to give customers the best possible movie and TV watching experience. That means both enabling customers to find exactly what they’re looking for and helping them discover new TV shows and movies in a personalized way.”

Carr was most recently the VP of Digital Music and Video, according to LinkedIn. He joined the company in 1999 as senior product manager of DVDs and Video, and prior to that, he was at Procter and Gamble.