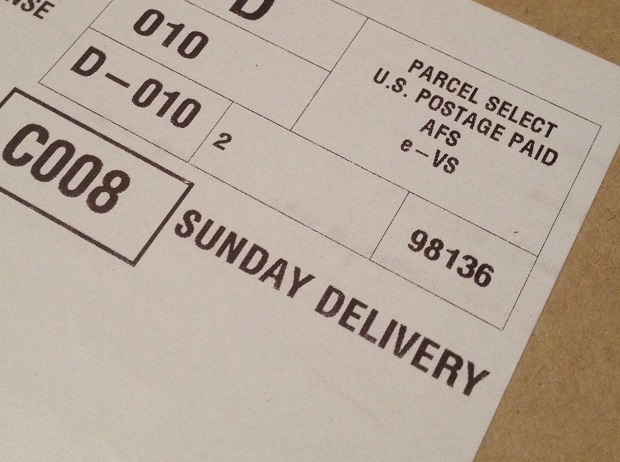 The Postal Service will start delivering packages for all retailers on Sundays starting Nov. 17, exactly a year after it announced a similar deal with Amazon.

In all, the announcement spans five weeks, starting Sunday, Nov. 23, and ending Sunday, Dec. 21, the last weekend before Christmas.

Seeing postal workers on Sunday are already a common occurrence, but right now they are only delivering packages for Amazon.com. A partnership between the Seattle e-commerce giant and the Postal Service was unveiled last year, with New York and Los Angeles going live first. Since then, it has rolled out to dozens of markets.

By delivering all week long, including Sundays, the postal service will be able to keep up with high volumes during the holidays.

It is expecting double-digit growth in its package business, with roughly 450 to 470 million packages sent this Christmas. That equates to roughly 12 percent growth over the same period last year.

UPDATE: A USPS spokeswoman said the decision to deliver on Sunday has nothing to do with Amazon and all about keeping up with demand. “The decision to deliver packages on Sunday actually had nothing to do with Amazon. It’s to keep the mail moving, keep the system clear of packages during the holiday season. Most major metropolitan areas will be delivering packages on Sunday. Other locations will be determined locally,” she said. 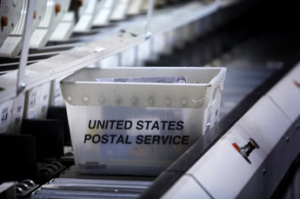 Not a lot has been disclosed about Amazon’s partnership with the U.S. Postal Service, but this announcement hints that the deal wasn’t an exclusive — at least not after one year expired. Or, potentially, an exception was carved out for the holidays.

By opening up package delivery on Sunday to all retailers, it diminishes the exclusive nature that Amazon is able to offer its customers, however, there could be some benefits, too. If the postal service is able to increase shipments on that day, it may lower prices for everyone, including Amazon.

To be sure, having the infrastructure in place — and a year of practice under its belt — will make it a lot easier for the postal service to serve additional customers on Sundays, especially during peak times like the holidays when many companies are reluctant to roll out new offerings.

“E-commerce package business continues to be a big player now more than ever, so we’ve enhanced our network to ensure America that we’ll deliver their cards, gifts and letters in time for the holidays,” said Postmaster General Patrick Donahoe, in a statement.

As part of the announcement, USPS also announced Christmas shipping deadlines, even though the major retailers have been hesitant to announce when it would guarantee on-time delivery for customers.

The Postal Service recommends first class international orders be placed by Dec. 2; standard mail by Dec. 15; and first class shipments by Dec. 20. If you are willing to push your luck, the absolute final deadline for priority mail express is Dec. 23 for Christmas delivery.

“Every household in America relies on us to get their packages in time for the holidays, and we take great pride in taking on that responsibility,” Donahoe said. “We’re prepared to do whatever it takes to deliver for our customers.”