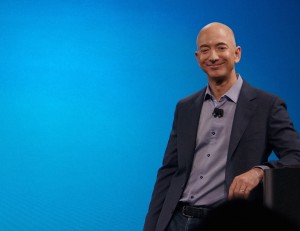 Now that the initial shock from Amazon’s purchase of Twitch is starting to wear off, the synergies between the two companies are becoming more obvious.

Over the past three years, Twitch has become the ESPN of the video game industry, where viewers go to watch live footage of videogames. The company’s streaming technology could strengthen a number of other Amazon services and Twitch should be able to make full use of Amazon’s web infrastructure.

Even at a cost of nearly $1 billion — making it Amazon’s largest acquisition in its history — Wall Street appears to like the deal today, with investors pushing Amazon’s stock up $8.31, or 2.5 percent, to $342.33 a share.

But the acquisition also accomplishes one more thing that may not be so obvious: Amazon gets its hands on something Google evidently wanted, but couldn’t have.

Over the past week, there’s been a handful of examples of how the race between Amazon and Google is heating up. For years, the two companies have not necessarily been seen as direct competitors, but now as Google increasingly pushes into commerce, and Amazon’s ambitions go way beyond the shopping cart, the two mega-tech companies are increasingly butting heads. 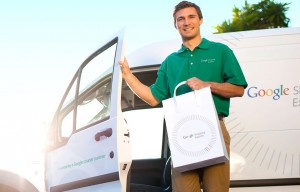 In May, Google had reportedly beat out Microsoft and others to reach a deal to buy Twitch, but three months later, Amazon swoops in to make the acquisition. Google’s offer apparently fell apart due to antitrust concerns (because of its ownership of YouTube), and the two companies could not agree on a break-up fee, Forbes reports.

But Twitch is only the most recent example in which Google and Amazon have made dueling headlines:

The future of the two companies are starting to look very similar.

Amazon’s traditional business model has always focused on e-commerce, and selling products at slightly increased prices and pocketing the difference. As a major discounter, these margins have always been thin, a complaint voiced from investors on a regular basis. Another revenue stream that could be much more lucrative is one that is based on monetizing product search, a model proven by Google.

Meanwhile, Google is increasingly pouring resources into shopping, which will allow it to collect data about what consumers are interested in buying, which could match Amazon’s strengths as a retailer. Google has made some inroads in this category because of one argument: It bills itself as a friend to brick and mortar stores since it does not actually sell merchandise. In comparison, Amazon will have to fight its reputation for being a competitor.

These examples only begin to demonstrate just how much the Google and Amazon are on a collision course, but look for more announcements in the near future as the competition heats up.