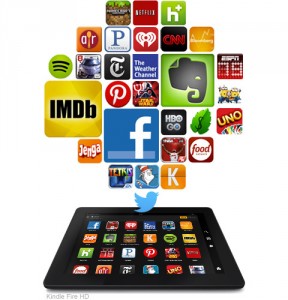 Bargain shoppers with Android phones have 30 reasons to give Amazon’s Appstore a shot over the next two days. The company is offering a suite of apps worth more than $100 for free to anyone who uses its online storefront.

The apps span a wide variety of categories, and include Sonic the Hedgehog, popular read-it-later service Instapaper, Kayak Pro and FlightRadar Pro. In addition, Amazon is offering a couple of big-ticket apps which cost more than $20 each – Essential Anatomy 3 and the Oxford Advanced Learner’s Dictionary – as a part of the sale as well.

The selection doesn’t encompass everything popular on Android, but it seems like everyone can find something to like among the free apps available. And grabbing a $30 dictionary for learning English might come in handy one day, right?

The sale is a part of the company’s ongoing campaign to draw people to its Appstore with free stuff. Amazon’s Fire phone doesn’t have access to Google’s popular Play Store, which means Android users switching to the phone will have to re-purchase any apps that they haven’t bought from the Appstore in the first place. In addition, Fire phone users will be able to get a handful of new apps for free, when they might otherwise have paid a hefty price for them.

The more users Amazon can draw to its Appstore with sales like these, the more likely developers are to move their applications onto the company’s marketplace, which could make the Fire a more appealing choice to more consumers.

People interested in picking up the apps have to act fast–they’ll only be free until the end of tomorrow. The whole selection of apps can be found here.