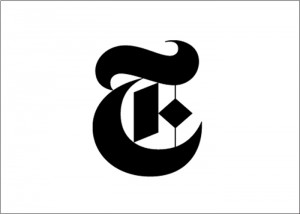 The New York Times ran a fantastic story last week about the struggles companies face in a digital world.

Someone from the world’s most powerful news organization leaked the entire New York Times Innovation Report, a raw, 96-page internal study of the paper’s culture struggles we in media knew existed, but never dreamed we could actually see.

The leaked report is “one of the key documents of this media age,” according to leading industry news site Neiman Journalism Lab, and everybody’s reading it. I’m at a newsroom event at the Milwaukee Journal-Sentinel, and several managers and staffers here — like many of my friends from The Seattle Times, The Washington Post and everywhere in-between — made it essential weekend reading.

The unprecedented leak came right after another big shock at the Times — the sudden, controversial firing of its first female executive editor, Jill Abramson.

But whatever drama sparked the leak, the report’s got valuable lessons not just for media companies eager to understand and relate to (and get a psychological boost from) the struggles of a giant, but any company that wants to watch where it’s going in a minefield of cultural traps.

1. We don’t compete with these clowns

It’s easy dismiss competitors you don’t like. But it’s not smart.

Staffers at the Times, like those at many legacy news organizations, haven’t always liked digital upstarts like The Huffington Post and, lately, Buzzfeed, Vox and Upworthy.

But when The Huffington Post draws almost twice as many online readers and even Buzzfeed surpasses its traffic numbers most months, it’s past time to take them seriously.

“Because we are journalists, we tend to look at our competitors through the lens of content rather than strategy,” reads the report. “But [Buzzfeed, Huffington Post] are not succeeding simply because of lists, quizzes, celebrity posts and sports coverage. They are succeding because of their sophisticated social, search and community-building tools and strategies, and often in spite of their content.”

2. We’ve adapted to a digital world

Newsrooms across the country have been saying for years that they have adapted to the online landscape by becoming “digital first.” But old habits die hard, and the Times report admits that despite the talk, its culture is still stuck in counterproductive habits from an obsolete era.

It illustrates that with a look at how it covered the story of football player Michael Sam, who came to the Times that he is gay.

“Our package was well executed and memorable, but some of our more digitally focused competitors got more traffic from the story than we did,” the report read.

A true digital first approach would have lined up fresh commentary, linked to strong related content and lined up live interviews with insightful voices like gay NBA player Jason Collins — all in the first few hours.

“Innovation” is easier said than done. When a company gets caught in the grind, it can think it’s devoting resources to strategic thinking when it’s not.

The Times report describes a staff too rushed, busy and focused on production to make much more than quick fixes to evergreen problems and take a step back to see how new approaches can improve how things are done. The report’s authors recommend that the Times start a newsroom strategy team devoted to those kinds of questions.

“Another [desk head] suggested that the relentless work of assembling the world’s best news report can also be a ‘form of laziness, because it is work that is comfortable and familiar to us, that we know how to do. And it allows us to avoid the truly hard work and bigger questions about our present and our future: What shall we become. How must we change?’”

You might be a great company doing great things. But are the skills talented hires want to use actually the skills they’ll need to succeed there?

The Times report’s authors interviewed digital rock stars that the paper, despite its traditional place atop the journalistic career ladder — lost to places like BuzzFeed, Mashable and Facebook.

One quote from a departed employee stood out.

“When it takes 20 months to build one thing, your skill set becomes less about innovation and more about navigating bureaucracy,” the employee said. “That means the longer you stay, the more you’re doubling down on staying even longer. But if there’s no leadership role to aspire to, staying too long becomes risky.”

The report’s conclusion: Creative people want to do creative things. Lose the culture that lets them do that, and you’ll lead them out the door.