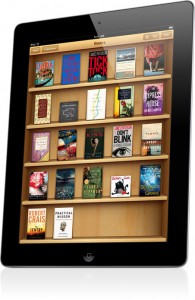 Major publishers threatened to withhold new e-books from Amazon’s Kindle store if the Seattle company didn’t give them control over pricing, according to testimony from an Amazon executive, Russell Grandinetti, in the DOJ’s price-fixing trial against Apple.

How did Amazon respond? “They yelled, screamed, and threatened,” said Penguin Group’s CEO David Shanks on the stand, counter to assertions by Apple’s attorneys that Amazon considered relinquish pricing control to publishers before Apple did.

But when Amazon renegotiated its agreements with the publishers, it demanded a “most favored nation” clause — ensuring than no other marketplace could sell books for less than it was selling them — that at times went further than Apple’s similar clause did.

Those are among the latest tidbits in the U.S. Justice Department’s ongoing trial against Apple, which alleges that Apple conspired with publishers to fix the price of e-books prior to the 2010 launch of the iPad. The government alleges that Apple’s deals with publishers forced a shift in pricing to take the power out of Amazon’s hand and raise prices to between $13 and $15, up from Amazon’s preferred $10.

Apple disputes the allegations — calling Amazon a monopolist — and has continued to fight even as publishers have settled the case. “We’re not going to sign something that says we did something that we didn’t do, so we’re going to fight,” Apple CEO Tim Cook said at last week’s D11 conference.

Amazon’s Grandinetti testified that the company initially fought the move by publishers to control pricing, before agreeing to it reluctantly. “We wanted to avoid losing most or all of their titles,” he said on the stand, according to the Wall Street Journal. He testified that the terms of Apple’s agreements weren’t brought up by the publishers in their talks with Amazon.