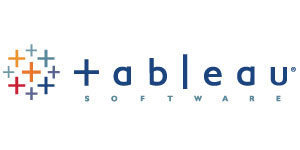 Tableau Software had been boosting its proposed price for Friday’s initial public offering for the past few weeks and now we’ve got a concrete number.

The company will price its shares at $31 for Friday’s IPO and offer five million shares, while stockholders are offering 3.2 million shares. It marks the biggest tech IPO of the year, with Tableau valued at more than $1.5 billion. The offering will bring in $254 million before expenses and other fees.

It will also make the three founders, Christian Chabot, Chris Stolte and Patrick Hanrahan, fabulously rich. Together, the three founders hold 48 percent of Tableau’s shares, a rarity for a company going public. Chabot will be worth $248 million, while Stolte’s share of the company will stand at $250 million. Hanrahan, the chief scientist and co-founder who holds an 18 percent stake, will be worth $295 million.

Tableau Software, the fast-growing 10-year-old Seattle company which helps businesses and organization make better sense of their data, will start trading on the New York Stock Exchange tomorrow under the ticker symbol “DATA.” This marks the first Seattle tech company to go public since Zillow’s public offering in July 2011.

The $31 price range is certainly strong, as the company upped that number in an updated SEC filing Wednesday to as much as $30 per share, which was an increase from the previous range of $23 to $26 per share.

Here’s a closer look what the VCs and founders will make in Tableau’s blockbuster IPO:

Tableau is a bit of a unique story, since it raised a relatively small amount of venture funding (and actually never used it to grow the business).

“The bootstrapped culture we built very early ended up becoming a part of the bloodswell of the whole company, even as we got big and could have easily raised money,” Tableau CEO Christian Chabot told John Cook at the GeekWire Meetup in February. “I think it has worked out quite well.”

Here are more remarks from Chabot’s talk at the GeekWire Meetup:

We’ll be tracking the progress of the IPO throughout Friday, and we’ll have updates on GeekWire throughout the day. Stay tuned for more details.

Previously on GeekWire:  As Tableau readies for IPO, Marc Andreessen laments that tech companies don’t want to go public … Perseverance and patience: How Tableau made the IPO leap after 10 years