Preventing concussions in sports is a hot topic with more than 3.8 million sports brain injuries occuring per year across all levels from youngsters to professionals.

Seattle-based X2 Biosystems is trying to fix that problem with high-tech neck patches and mouthguards that can immediately send teams concussion data on the sidelines.

According to an SEC filing posted today, the company just raised $720,000. We wrote about the company back in September, when it inked a partnership with the NFL for its Concussion Management System (CMS) software application.

Since then, the startup changed its name from X2IMPACT to X2 Biosystems and it appears they are putting more focus on a product called the X-Patch rather than digital mouthpieces.

The two-gram rechargeable X-Patch can adhere to the back of an athlete’s head and sends data about the magnitude and severity of contact wirelessly to the sidelines. That data goes directly into a cloud-based data management system that already contains individual player’s history on past concussions. This is extremely valuable information when determining when to keep a player on or off the field for precautionary reasons. 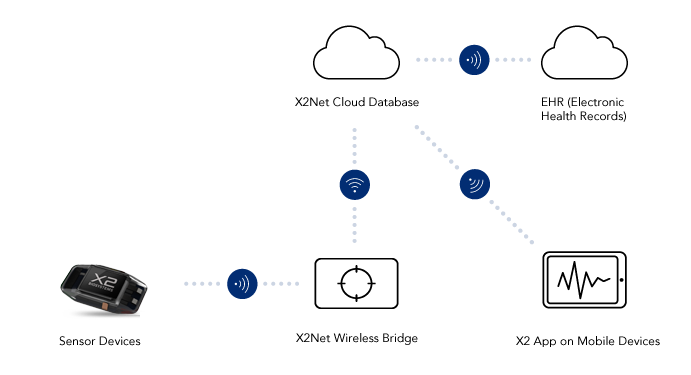 The company was founded in 2010 by Christoph Mack, an inventor who has worked at Nike, Apple and Whirlpool, and medical device veteran Rich Able. The idea for X2 Biosystems came about in 2007 when Able’s son was knocked unconscious for one minute during a high school football game.

Able told us back in September that he also had interest from people outside of the sports world. For example, the software could allow doctors and nurses working in the emergency room to put patients with brain injuries through cognitive tests and ultimately make better, more educated decisions.

It appears that the X-Patch is being tested by universities around the nation and the company has plans to make the X-Patch available to the masses this fall. The website also notes that the company’s software will be used across the NFL this upcoming season.

We’ve reached out to the founders and will update this story with more details as we hear back.