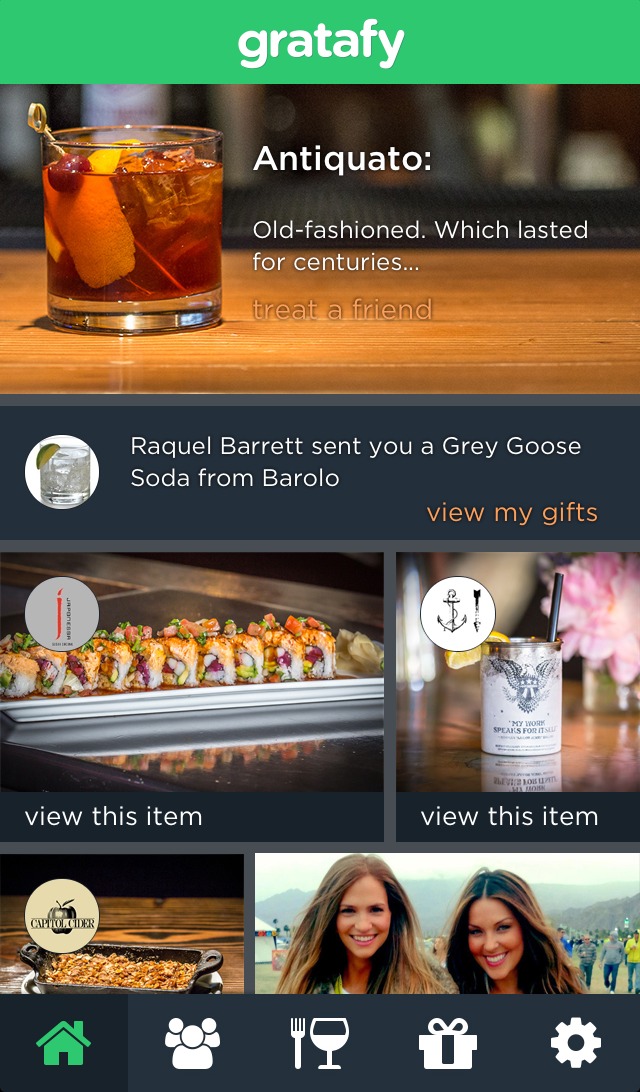 Now, backed by a fresh $1.45 million round, the startup is expanding its reach to Los Angeles with plans to roll out across the nation later this year.

Developed by University of Washington grads Brian Erke and Ryan Halper and launched this past November, Gratafy allows people to buy drinks, desserts or other menu items from restaurants in Seattle and L.A. for Facebook friends who may be celebrating anniversaries, birthdays or other special occasions.

With the expansion to L.A., Gratafy now has more than 200 partnerships set up across both cities. The startup also just raised $1.45 million from Rudy Gadre and other Seattle angel investors, bringing total funding up to $2.45 million.

The new funds will be used to fund expansion to new markets, add team members (12 are currently employed) and speed up product development.

As for the move to L.A., Erke said it was just natural.

“The West Coast corridor is very important for us,” he said. “There are also a lot of people in L.A. with strong ties to Seattle and it’s got a great nightlife and bar scene.”

You can download the app, which just received a facelift for Version 2.0, for iOS and Android.