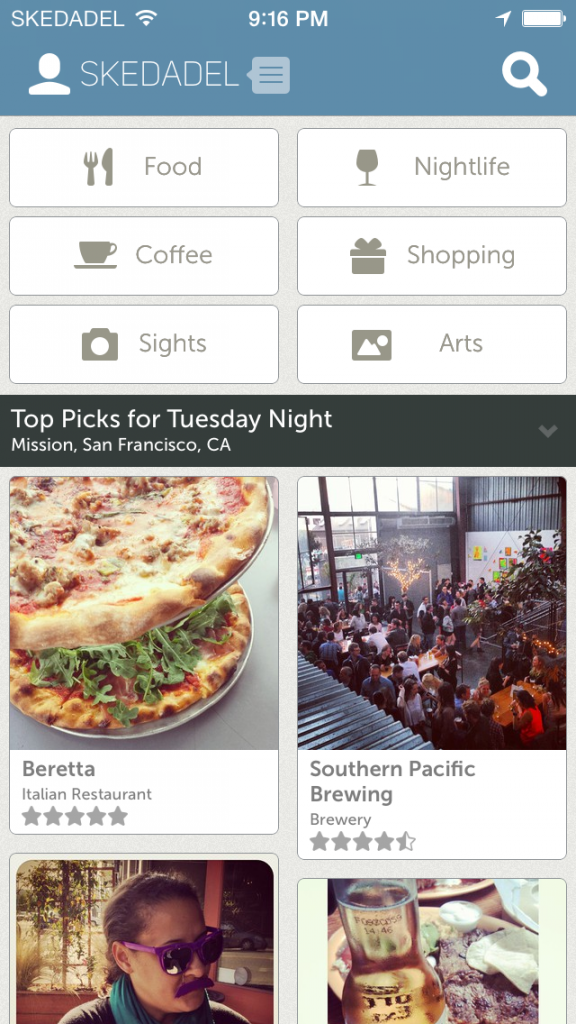 Discovery apps like Yelp, Urbanspoon and Foursquare have proven useful to millions of people, but Peter Boctor sees a problem with them.

While text reviews on those platforms include positive experiences, they also force users to comb through negative opinions. For people just looking for a great restaurant or nice bar to hang out at, visuals seem to be a more simple option.

That’s the underlying thought behind Skedadel, a new discovery app fueled by Instagram photos and co-founded by Boctor, a longtime Seattle developer and entrepreneur.

Skedadel — pronounced like “skedaddle” — pulls photos that have been geotagged on Instagram and groups them by location. The app allows users to pick any city or neighborhood and see pictures that people have taken at specific locations.

The idea is to find inspiration not through negative reviews, but rather with beautiful photos.

“We like to say that Skedadel is like a window into the world,” said Boctor, who still lives in Seattle and works a day job for Bay Area-based Acompli.

Skedadel, which employs five and is bootstrapped, gives users their own profiles and lets you build up “followers,” much like Twitter or Instagram. People can see different cities you’ve been to and the Instagram pictures you took at those places.

For example, if my friends knew I was the go-to guy in Seattle for coffee spots, they could go to my Skedadel profile to find a nice cafe. 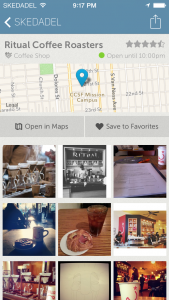 “Instagram has allowed people to create photos when they like something,” Boctor said. “So we’re basically adding a utility on top of Instagram to let you discover these places.”

The idea for the app was born when Boctor started working at Zaarly a few years ago and commuted to San Francisco every week. Like Boctor, many of his colleagues were new to the city and used tech tools like Yelp and Foursquare to find things to do.

But soon enough, it became harder to discover new places to visit. So when Boctor left Zaarly last year, he built version one of Skedadel, which allowed users to create mini-guides for specific locations. One feature of version one that people liked the most was the ability to share Instagram photos of those places.

Version two evolved with a focus on those pictures and that’s where Skedadel is today. Boctor believes that visual photos are the new way of exploration and discovery.

“It’s the beginning of a new way of consuming local content,” Boctor explained.

You can install Skedadel here for iOS. An Android version is coming soon.