After the bid to bring the Sacramento Kings to Seattle this fall crumbled in May, we don’t know when or if professional basketball will ever return to Seattle. 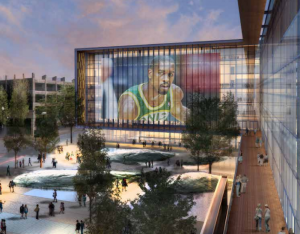 But that isn’t stopping investor Chris Hansen and the rest of his cohort from working on plans for a potential stadium in Seattle’s SoDo neighborhood.

Hansen’s people over at 360architects just put out a revised design plan for the proposed $490 million arena. We’ve already seen a few renderings that look like a supersonic jet, and now the updated designs show responses to recommendations from city design officials along with a few cool add-ons.

There is now a “perforated metal screen sun shading device” on the west-facing wall of the arena, which can provide shading of the offices inside while also allowing views outside. At night, it can be turned into a massive LED screen, “or be a projection surface for video or graphics.”

The examples given by 360 show a graphic of Sonics legend Gary Payton, who was inducted into the Hall of Fame this past weekend. Definitely looks cool to me and I can totally see them airing a live feed of the game going on inside for those who couldn’t get a ticket. However, I’m not sure it’s more epic than the Mariners’ 11,000 square-foot big screen at Safeco Field.

The architects will meet with the city, along with members of the public, this Tuesday and next Thursday to go over the environmental impact of the arena. Hansen cleared a hurdle on Monday after a Washington appeals court ruled that the proposed arena does not violate state environmental law.

Hansen, who led the investment group along with Microsoft CEO Steve Ballmer, has an MOU with the city for five years. That means he has some time to try and bring an NBA team here, or perhaps even professional hockey first. Either one of those needs to happen before construction begins on the new arena.

If you’re an architect geek or just want to learn more about the arena, check out the new renderings here. More pictures below. 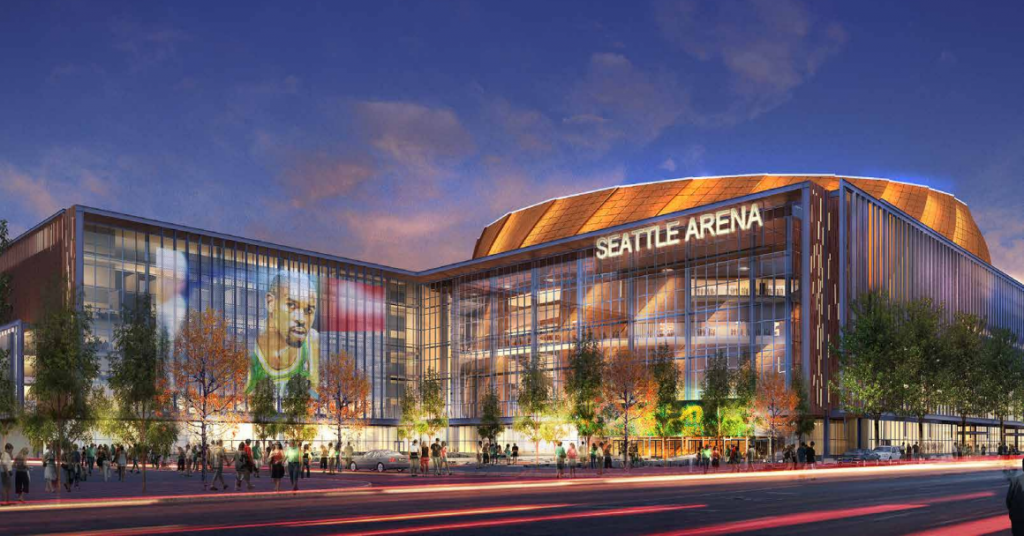 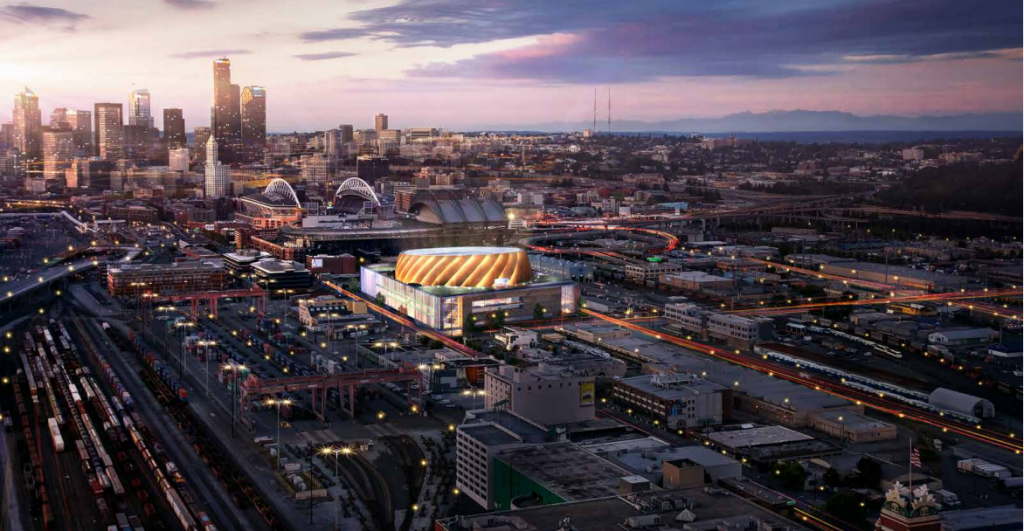 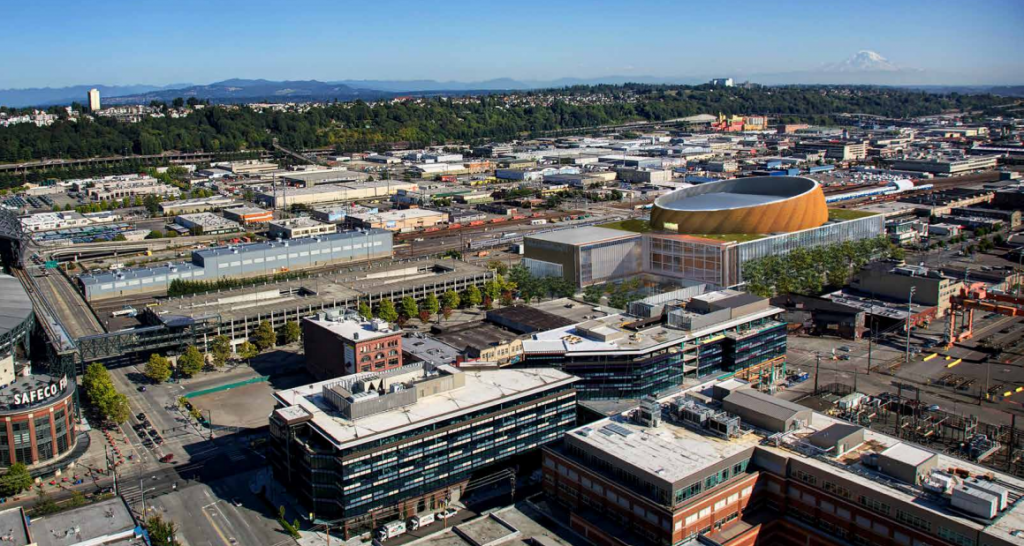 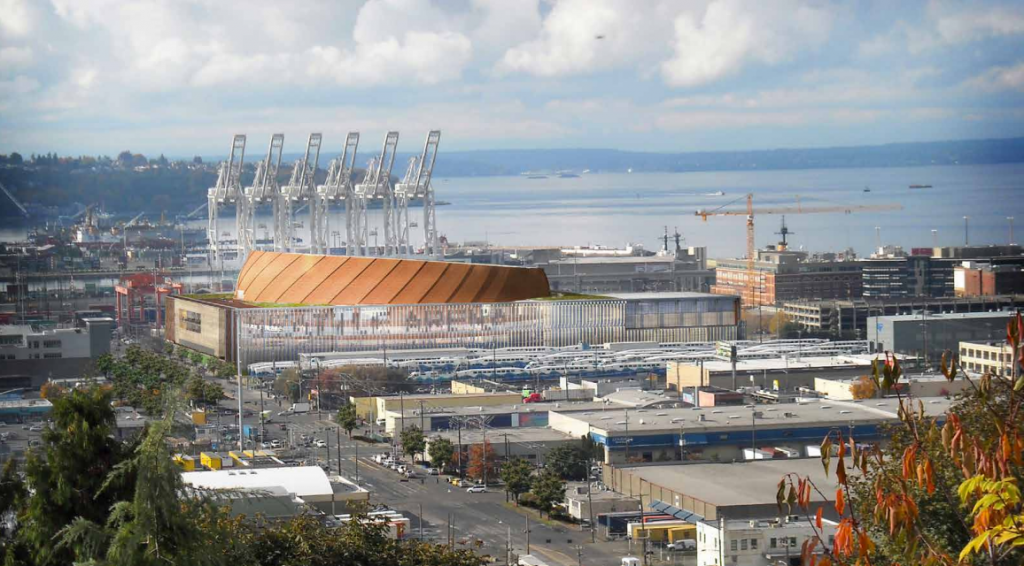 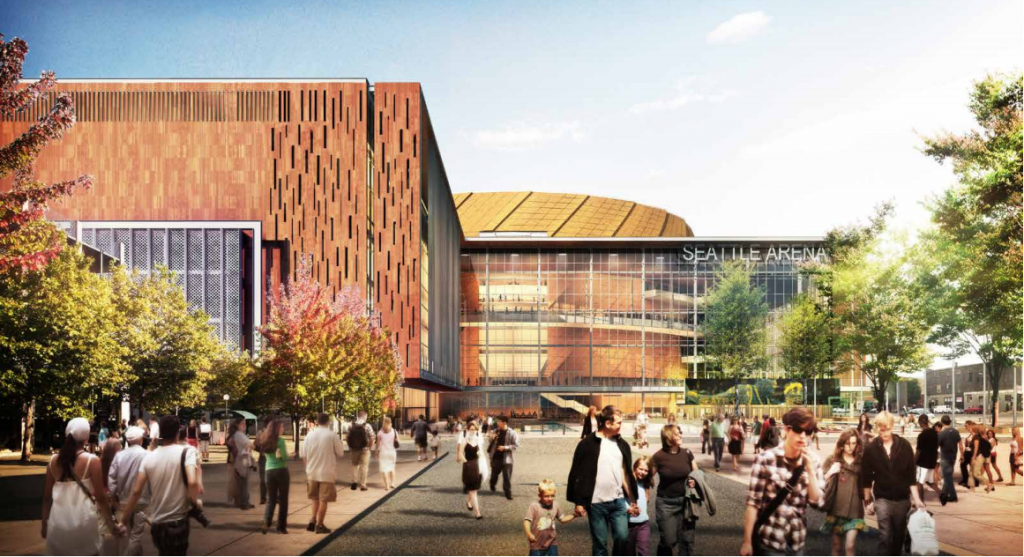 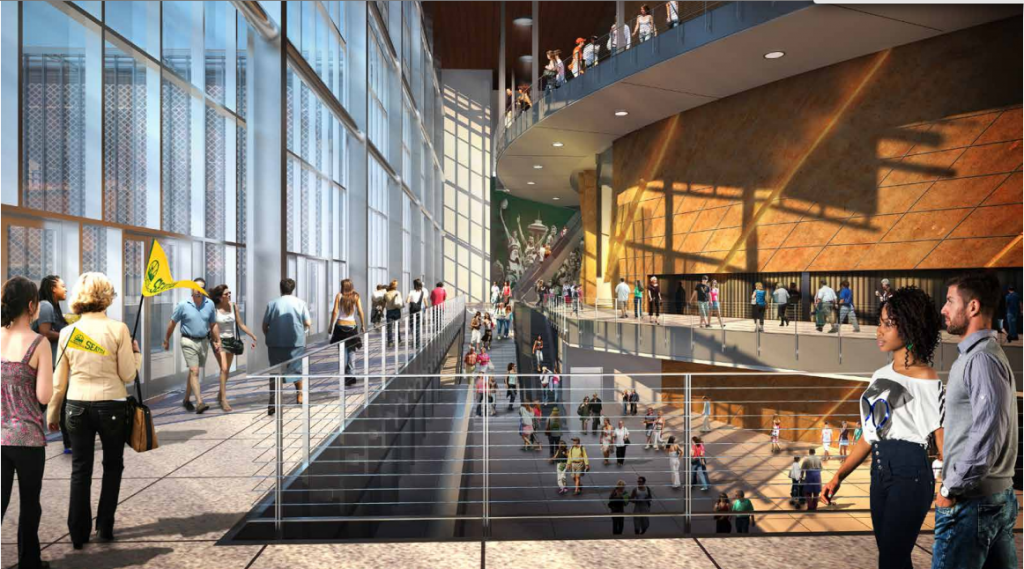