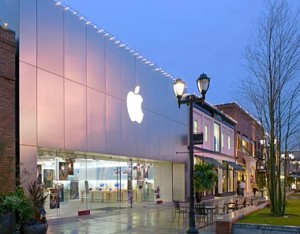 You may think you have a rough job, but you probably don’t have to wait for security to search your bag whenever you go out for lunch.

A new lawsuit filed by a group of former Apple Store employees from California and New York claims that retail employees were required to submit to anti-theft searches whenever they left the store, and that said searches took between 10 and 15 minutes. Security screenings are used by many other retail operations in order to prevent theft by employees.

The employees had no problem with the wait, according to the suit. Their only problem was not getting paid for it.

The suit was reported by Apple Insider.