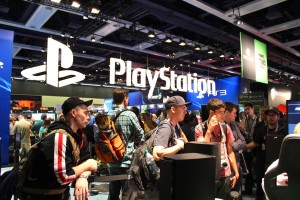 According to a report by Indie Statik, this year’s upcoming Penny Arcade Expos will feature a “Roll for Diversity Hub & Lounge,” based on documents leaked by somebody close to Penny Arcade’s plans, which Kotaku says have been verified by the company.

As explained in the leaked documents, the lounges aim to serve as a “resource for PAX Attendees to find information related to issues surrounding women, LGBTQ, people of color, disabled people, and mental health issues in gaming.”

The lounge is also designed to serve as a meeting place for industry professionals and gamers who are interested in diversity issues in gaming, as well as a place for companies to showcase how they work to cater to a diverse community. Companies will also be able to showcase their games and other products inside the hub.

The hub will also be manned by specially-trained volunteers will be on hand at the lounge for anyone who needs to report harassment during the convention.

“Our goal was to highlight diverse groups (and organizations that represent diverse groups) in the industry that might not necessarily get exposure otherwise,” Robert Khoo, Penny Arcade’s President of Development and Business Operations told Kotaku. “We have a limited number of slots, and the booths are free. In addition, since all of our content is spread out at the show rather than ‘tracked’, the hub will also be a resource for people to find the diverse sessions, events, and exhibitors.” 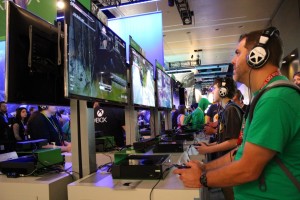 The move comes in the wake of a series of controversies dating back several years.

The Fullbright Company, an independent developer from Portland, pulled its award-winning game Gone Home from the Indie Megabooth at PAX Prime in Seattle this year over comments made by Mike Krahulik and Jerry Holkins, the co-creators of Penny Arcade.

During PAX Prime, Krahulik said he regretted that Penny Arcade pulled merchandise emblazoned with a “Dickwolves” logo, which hearkened back to a massive controversy that started in 2010, summarized here. While he later apologized for the remarks, they still re-opened old wounds and have lead to more developers publicly considering avoiding PAX in the future.

On the whole, it seems like this is a step on the part of PAX to try and promote diversity within its walls. Still, the arrangement, as structured, feels like a move to confine diversity to a subset of PAX goers. Those people interested in a safe space to discuss issues of diversity and inclusion in the gaming community get to go sit in their diversity corner, while everybody else gets to enjoy the expo without issues of inclusion intruding into their experience.

Then, there’s the issue of who will be chosen to educate people on issues facing minorities in gaming. The documents specifically say that part of the hub’s purpose is to act as a “nonjudgmental environment” where attendees can learn from people who are “experienced in diversity issues,” but there’s no explanation of how those people will be chosen. Members of minority communities can and do disagree about issues of discrimination, and it’s unclear how Penny Arcade plans to select representatives of “diversity issues.”

Still, the plans for this hub seem like an olive branch to communities that might have felt unwelcome at past PAXs, and it’s good to see that Penny Arcade is trying to boost inclusivity at its conventions. Here’s hoping they keep trying to do better.

The documents can be read in full on Indie Statik.