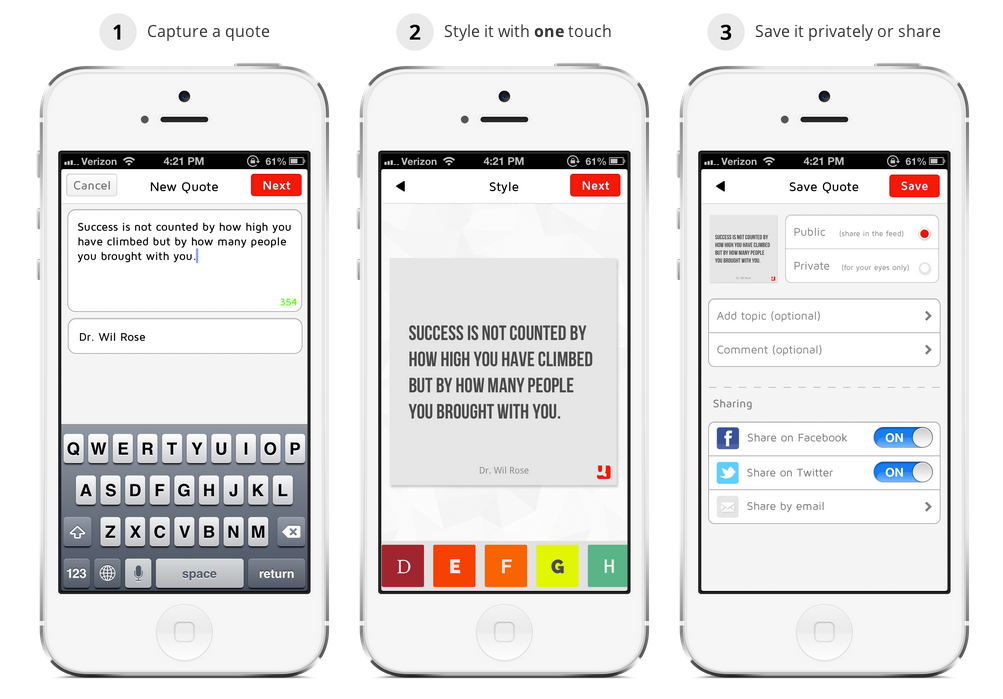 Whether they inspire you to be great or just make you smile, quotes are certainly popular. As a way for people to share, style and save quotes all in one place, one Seattle entrepreneur has created an Instagram-like app to do just that. 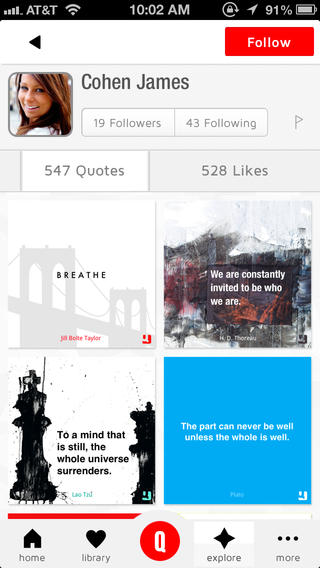 Called Quollective, the just-released free iOS app may remind you of Instagram, but instead of pictures, there are user-submitted quotes that have been spruced up by a one-touch styling tool similar to Instagram photo filters.

“Quollective is the social library of the words we keep — a place to save and share nuggets of wisdom or insight that may come from a book, a movie, someone you admire, or maybe your four-year-old kid,” said co-founder Aydin Ghajar.

Ghajar previously co-founded Thinkfuse, one of the original startups to move through the TechStars Seattle program, which eventually was acquired up by Salesforce. He soon after got the itch to be back in the startup world.

“For me, the process of seeding, care-taking, and raising a company is intoxicating,” Ghajar said. “The process engages you on a level that’s simply not available in a 10,000 person organization.”

The idea for Quollective started with Ghajar’s girlfriend and co-founder Cordila Jochim. She always saved quotes on pieces of paper, in diaries or sticky notes, and when the iPhone came along, she started doing the same thing with a note-taking app.

But the app was not visually engaging and did not offer a way to categorize her quotes or share them with friends. Jochim, previously CEO of a luxury leather accessories company called Thickskin, wanted a way to do this.

Ghajar soon realized that it was a need for many others as well. 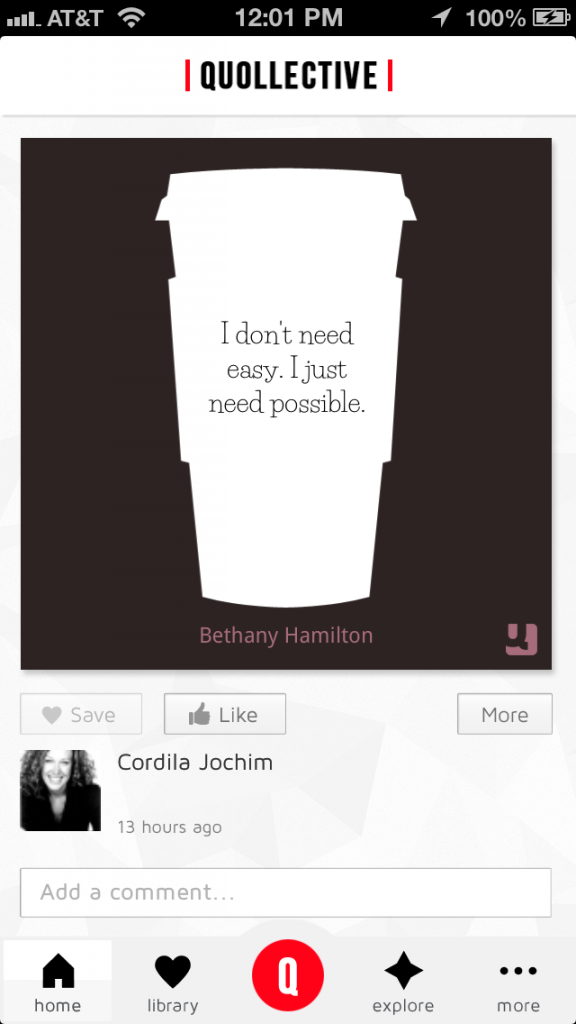 “People are hungry for wisdom and insight and like to save and reference the words that really resonate with them,” he said. “It became clear to us the behavior is universal.”

The couple have raised $150,000 from family and friends, and have hired two part-timers to join the team. They’ve already partnered with media content providers and established the “Quollective Artist Collaboration” as a way to feature exclusive artworks from select artists, designers and brands through in-app purchased style packs ($4.99 each) that serve as a canvas for the quotes.

To make more money, Quollective also plans to sell merchandise with quotes and create integrated advertising campaigns that fit into the user experience of the app.

“For example, imagine a cool Nike-styled fitness pack and set of quotes dropped directly into your motivation or fitness library, or Michael Kors quotes for fashion at the advent of fashion week,” explained Ghajar.

Eventually, the hope is to build out a large-scale social network that combines art and language to capture what’s found in quotes.

“Our mission is to elevate part of the social media conversation to include shared wisdom and insight that lasts,” Ghajar said.