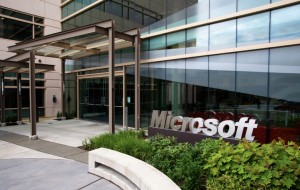 A classified training document, reported Thursday by the Washington Post and the Guardian, says a secret U.S. government program called PRISM has been accessing the servers of Microsoft, Google, Apple, Facebook and other tech giants for years to collect data including customer emails, audio and other documents as part of U.S. intelligence operations.

However, many of the companies are denying knowledge or involvement in the program.

In a statement to GeekWire this afternoon, Microsoft said: “We provide customer data only when we receive a legally binding order or subpoena to do so, and never on a voluntary basis. In addition we only ever comply with orders for requests about specific accounts or identifiers. If the government has a broader voluntary national security program to gather customer data we don’t participate in it.”

Google also issued a statement to the Guardian, saying in part: “From time to time, people allege that we have created a government ‘back door’ into our systems, but Google does not have a back door for the government to access private user data.

A 41-slide presentation obtained by the newspapers details how these government agencies, working under the Foreign Intelligence Surveillance Act, accessed the companies’ servers. The report follows a story yesterday by the Guardian detailing how the NSA has collected customer data from Verizon.

The Post reports that the agencies “are tapping directly into the central servers of nine leading U.S. Internet companies, extracting audio, video, photographs, e-mails, documents and connection logs that enable analysts to track a person’s movements and contacts over time.” The papers report that the data is heavily used by intelligence officials.

Read the fulll report by the Post here and by the Guardian here.