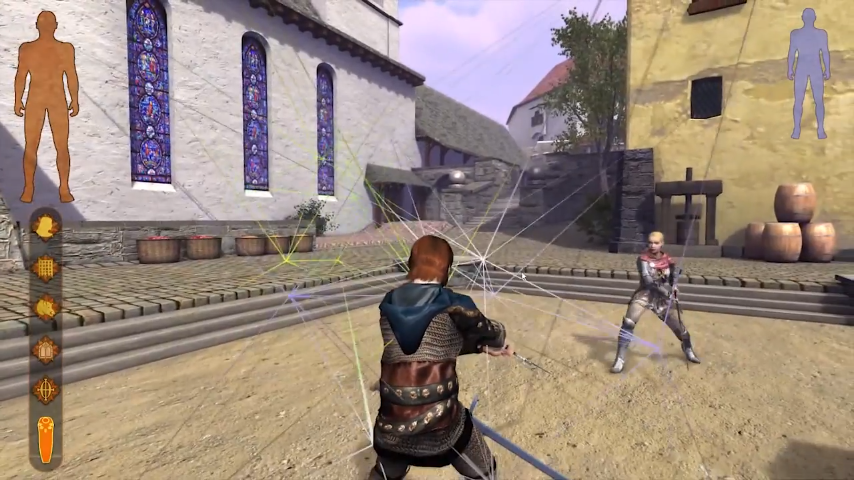 Seattle-based author-turned-video-game-designer Neal Stephenson had high ambitions for his sword-fighting game called Clang, which successfully reached its $500,000 funding goal on Kickstarter in July.

Now, though, those plans have been somewhat disarmed.

In an update posted on the Kickstarter page late yesterday, the Subutai team indicated that they have “hit the pause button” on development of CLANG.

“We’ve hit the pause button on further CLANG development while we get the financing situation sorted out,” they wrote. “We stretched the Kickstarter money farther than we had expected to, but securing the next round, along with constructing improvised shelters and hoarding beans, has to be our top priority for now.

“The project isn’t dead in dead-parrot sense until the core team has given up on it and moved decisively on to other projects,” Subutai continued later in the post. “Other events such as declarations of bankruptcy can also serve as pretty reliable markers of a project’s being dead. In the case of CLANG, none of this has happened yet.”

While some are characterizing this as another Kickstarter failure, it’s worth noting that the goal described in the original Kickstarter pitch video (seen below) was “a game prototype and toolkit.”

“We’ve been thinking about this for a long time, but still we don’t know enough to make one game that’s going to be all things to all people,” Stephenson said in the video. “Our goal is to produce a game prototype and toolkit that others can use to make UGC fighting content of their own. … Don’t worry, we’re going to make a game, but we’re going to go about it in such a way that other people can use our tools to improve on what we’ve done.”

At the time, Stephenson said it was “going to be an arena game with lots of fighting and not a whole lot in the way of plot or character development.”

“There’s not gonna be a big, open world where you can wander around killing badgers and harvesting magic weeds, because those things are expensive,” he added.

The basic $20 pledge level promised only a “download of the game (motion control hardware not included),” to be delivered in February. In a backers-only Kickstarter update posted in April, Subutai delivered the promised game prototype, and made it clear that they were seeking additional funds to continue development on the larger version of Clang.

Here’s a look at what was delivered to backers in April: 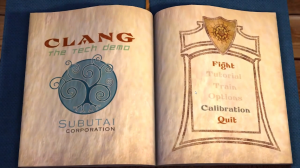 While the delivered game prototype was definitely rough around the edges, was running out of money for further development of Clang really an unapologetic, unrealistic “failure” to deliver what they promised on Kickstarter, as Wired’s Chris Kohler describes it?

Not quite. It is unfortunate news for Stephenson’s dream of the Kickstarted Clang prototype to be a starting point for a much richer digital swordplay experience, but characterizing it as a failure ignores the fact that backers received what they were promised, and in a much more timely manner than certain other high profile video games on Kickstarter. 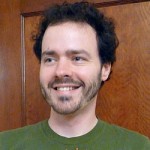 Tim Ellis is a data junkie, economist, and game geek.  He has been tracking the local real estate market since 2005 at Seattle Bubble.  You can read his occasional thoughts on other topics atTimAndJeni.com, or follow him on Twitter at @The_Tim