RENTON, Wash. — Just up the street from this city’s landmark Ikea store, and across town from Boeing’s big 737 plant, another business powerhouse is quietly making its mark on the technology world. But not in the way you might expect.

Parallels, headquartered in a non-descript office park in this community south of Seattle, is best-known for its popular Parallels Desktop for Mac software, which lets Mac users run Windows.

However, the largest and fastest-growing part of its business is something else entirely — software that helps telecom companies, hosting firms and other service providers aggregate, manage and deliver well-known cloud-based services and apps to small and medium-sized businesses. 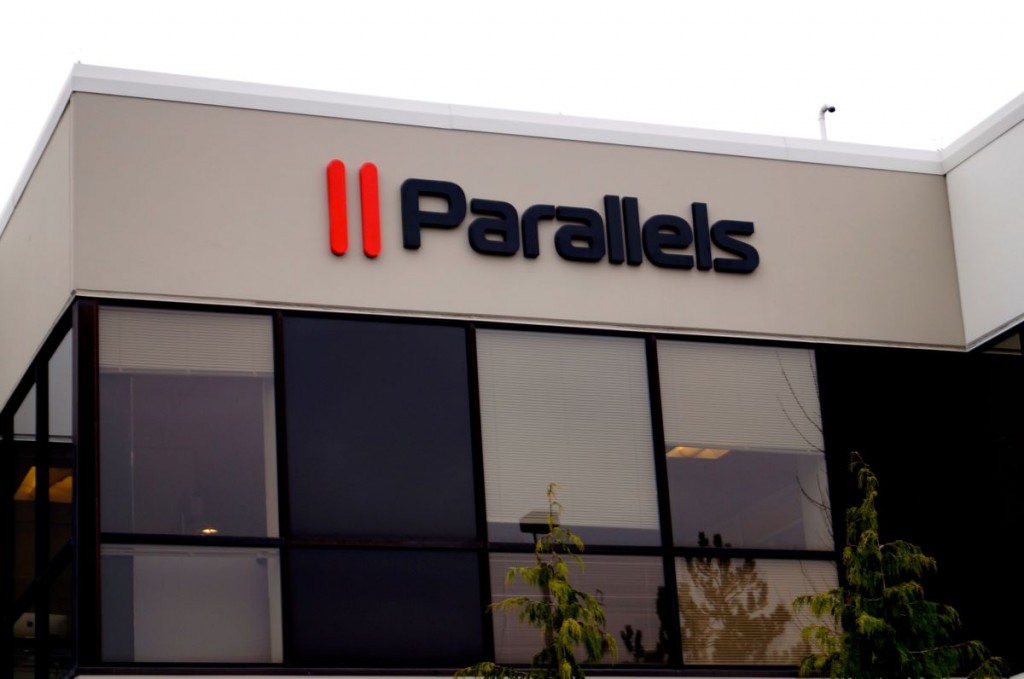 No, it’s not as glamorous or as easy to understand as running Windows on a Mac, or an iPad. But with overall IT spending by small and medium businesses now topping $1 trillion a year by the company’s estimates, it probably shouldn’t be a surprise that Parallels’ sales in this area now make up about two-thirds of the company’s business.

“It’s a lot less visible, and in many ways more complicated than what we did with the desktop side of things, but it’s also a much bigger addressable market,” said Parallels CEO Birger Steen, as he mapped out the company’s strategy on a white board during an interview this week at the company’s headquarters.

Examples of the company’s customers include Latin American telecom giant America Movil, which uses Parallels’ software and tools to offer Microsoft Office 365 as part of a broader package to its customers. Parallels’ partners include the likes of Microsoft, Google, IBM and other tech giants and software makers.

Cisco earlier this year took an equity stake of undisclosed size in Parallels as part of its broader relationship with the company.

The array of partners and customers in this part of its business has become large enough that Parallels now has its own annual Parallels Summit conference, to be held in New Orleans in February.

Parallels has also made a mark with its work on the Application Packaging Standard, simplifying the process for service providers to bring together applications from different software developers and make sure they work smoothly with one another — without worrying, for example, about changes in APIs by one vendor or another.

One lesson the company has learned is that it’s not enough for its customers, the service providers, to simply put up an online app marketplace and expect small businesses to buy packages of applications and services. As a result, the company works with service providers to help them create and actively sell the right bundles for small businesses.

“When they do that, then they start seeing dramatic growth in the services that are consumed,” said John Zanni, the chief marketing officer for Parallels’ service provider business.

Steen and Zanni are also Microsoft veterans, having joined Parallels around the same time, but independent of one another.

Microsoft is a key partner for the company, not only in the service provider business but in its Parallels Desktop for Mac business. The company has also partnered with Microsoft on a Windows Quick Start package that gives developers a way to make Windows Store apps on their Macs using Visual Studio, running Windows 8 inside a Parallels virtual machine.

One reason that Parallels can’t rely on its Parallels Desktop for Mac software to fuel its long-term growth is that the market for desktop computers — including Macs— has lost much of its steam in recent years. Parallels earlier this year released Parallels Access for running Windows and Mac apps on an iPad, but that remains a small portion of its business.

Parallels doesn’t disclose its annual revenue. The company has close to 1,000 employees, with about 140 of them in the Seattle region, primarily in business and marketing, and a large engineering presence in Russia, where the company has about 500 people.

So when is the IPO? “We’re considering all options,” Steen said, acknowledging that the company could potentially fuel more growth with additional funding. However, he was quick to add: “We don’t need financing. We’re self-funded. We’re profitable.”