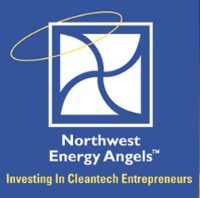 That’s a big increase from the $1.3 million the group invested for all of 2011. We reported last July that a total of six cleantech companies received $1,132,000 from the NWEA during the first half of 2012, and at the time, it was the fastest NWEA had ever reached the $1 million level. Today’s announcement means the group invested $3,568,000 in the second-half of 2012.

NWEA, the cleantech investment organization, set the record despite some discouraging numbers from industry analyst Cleantech Group. According to analysts, VC investments in cleantech worldwide were down 31 percent between Q1 2011 and Q1 2012 and 19 percent compared to Q4 2011. In total, cleantech companies around the world raised $6.46 billion, which is down compared to 2010 and 2011.

“While overall investments in cleantech may have been down, the need to find solutions to climate change has never been greater,” Johansson said in a release. “We will continue to be a unique and valuable resource for clean technology entrepreneurs seeking seed capital for innovative new products and technologies.”

Here are the eight new investments:

Comprised of more than 60 angel investors, NWEA and its members have invested more than $10 million in 39 companies in Washington, Oregon, California, Colorado, Maryland, Washington, D.C. and British Columbia, Canada.