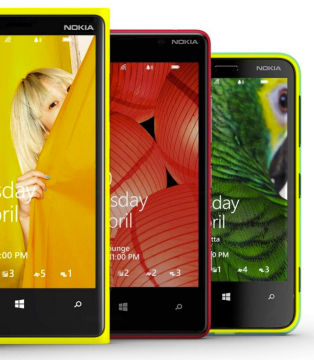 Nokia reported a 27 percent quarter-over-quarter increase in shipments of its Lumia line of Windows Phones, rising to 5.6 million units in the first quarter from 4.4 million in the fourth. But the company overall slipped back into the red due in part to slumping sales of traditional cell phones.

Reuters reports that analysts and investors are starting to lose patience with efforts by Nokia CEO Stephen Elop, the former Microsoft executive, to turn the Finnish mobile phone giant around on the two-year timetable he laid out after taking the top Nokia job in early 2011.

In a news release announcing the results, Nokia said it expects sales of its Lumia line of Windows Phone to see a “continued ramp up.”

Nokia is the largest maker of Windows Phones, after shifting away from its longtime use of Symbian as its primary smartphone operating system. Microsoft at one point was reported to be considering an acquisition of Nokia, before deciding against it. Nokia’s ongoing struggles could bring that possibility back to the forefront.