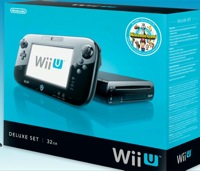 The latest sales numbers of Nintendo’s Wii U are not good, so maybe a new website at WiiU.com can help the cause.

Unfortunately for Nintendo, someone else owns the WiiU.com domain name. And so today the company filed a cybersquatting complaint with the World Intellectual Property Forum to snatch it back.

According to domainnewswire.com, WiiU.com was registered back in 2004 and then likely renewed last month. You can actually buy the domain for $8,499 on BuyDomains, but it looks like Nintendo doesn’t want to go that route.

Things aren’t exactly going well for Nintendo. On its earnings call two weeks ago,the company reduced sales forecasts for the Wii U, Nintendo 3DS and DS for the current quarter. That followed a previous reduction in October. Nintendo had expected to sell 5.5 million Wii U’s by March, on a cumulative basis, but now the company predicts the total number will be just 4 million.

Previously on GeekWire: A gamer’s dream: ‘The Art of Video Games’ exhibit debuts Friday at the EMP