Editor’s Note: Nerd Notes is GeekWire’s roundup of random geekiness from around the globe. 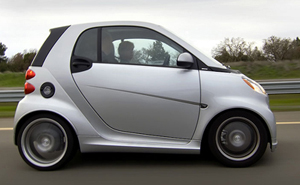 Want a free Smart Car? If you refer a developer or designer to Seattle startup EnergySavvy and he or she gets hired, you’ll receive a Smart Car or a $14,000 cash prize. But hurry, there’s only a week and a half left. To enter, email joinus@energysavvy.com and introduce the person you’re referring. Put “EnergySavvy Referral” in the subject line, and include your referral’s email address in the body of the email. The open positions are lead designer, senior software engineer, and software engineer.

Interactive Fountain: Seattle engineer Gerry Chu (who developed iOS and Android apps for Target and REI) built a fountain with infrared sensors that is triggered when you walk in front of it. Talk about a grand entrance.

A new level of creepy: Check out this feature by Ars Technica about the hackers who use the Remote Administration Tool (RAT) to spy on women across the globe, using the women’s own webcams and microphones. Ars had the chance to interview the men behind it all. I have this weird feeling I’m being watched, all of a sudden…

Pope Francis resigns: Just kidding. But The Onion posted a pretty hilarious video about it. What if? “This is uncharted territory for Catholics across the globe, as no pope has resigned since February of this year,” says the fake news anchor in the video.

The ideal resume: Another gem from The Onion: Don’t miss the Onion Special Report that jokes about the unimpressive skills we often enumerate in our resumes and cover letters. The UW Daily even makes an appearance.

Formspring shuts down: If you’re in college like I am, you probably remember Formspring. Basically, it’s a forum where your peers can ask you anonymous questions, and you can respond. The site peaked in popularity several years ago. What it was actually used for — at least from what I remember — is high schoolers posting mean, lowly jabs at one another that damaged the self-esteem of teens across the nation. I’m proud to say that I never created an account. Maybe it’s not such a bad thing that CEO Ade Olonah decided Formspring had run its course.

Sandwich stealers: Hungry? So were Californians Shahin Abdollahi and Jeffrey Thomas Wilkinson when they hacked into 13 Subway POS systems and “fraudulently added at least $40,000 in value to Subway gift cards.” Abdollahi owned several Subway franchises and later started a company that sold POS systems to Subway stores. No wonder he was such a master…until he got caught.

New Facebook CTO: Earlier this afternoon, Facebook announced its new CTO, Mike Schroepfer, who was previously the VP of engineering. The position has been open since last summer when former CTO Bret Taylor left.

Blackberry’s sale of one million phones: And I thought I was addicted to my smartphone. The AP announced Wednesday that Blackberry received an order for one million of its new Z10 smartphones. That’s the biggest buy the company has ever had, but they’re not disclosing who’s behind it. The sale caused Blackberry’s shares to increase by more than 5 percent.