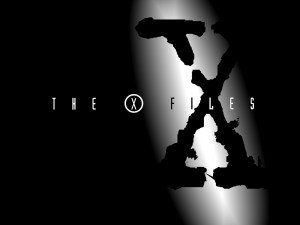 As I try to sort out how I feel about the secret programs that have allowed the National Security Agency to collect phone call data and online communication for years, I keep coming back to two things.

I watched it with the lights out every Sunday as a teen and drank in the fantasy. Dark hallways. Shadowy figures. Government secrets protected by secret government powers. The aliens were a fiction. The almost mythically untouchable government agents? I wasn’t so sure.

The show feels like something from another era now, because it is. I stopped believing in an invincibly fearsome American government when hijackers crashed a plane into the Pentagon my freshman year. In the X-Files world, Edward Snowden would have been wiped from the record before he could have leaked anything to anyone other than Special Agent Fox Mulder. Could you trust the government in that show? Not a chance. That’s why it moved in the dark.

The second thing I keep come back to is how technology makes the invisible visible. It’s the tie that binds so many tech trends these days. Social media. Big data. Smartphones. Geolocation. Wearable computing. When something is visible, it can be used  —for better or for worse.

We could have focused the decades since we landed on the moon on developing technologies that expanded our physical worlds. Instead we built virtual ones. And we connected them, piece by piece, until we created a Web so pervasive and accessible that it’s disrupted structures of power in almost every area of life. But as much as we — as I — love to defend the ways in which that’s a democratic blessing, it comes with a see-saw of uncertainty. When do you use the Web, and when is someone using it against you?

The NSA revelations are not just about privacy or security, though they make earlier debates about both seem small. They are about governance and secrecy, power and trust. They’re making us ask tough questions and demand answers.

Of course, to think about any of these things intelligently we need a clear picture of what’s going on, and we don’t have it. I was livid to see The Washington Post remove references in its initial story to a claim that the NSA had “direct access” to the servers of Facebook, Google, Microsoft and others, without acknowledging it had made the changes.

I’d freaked out over the prospect of a government back door into tech companies’ servers — justifiably, I think — only to notice those claims quietly recanted by an otherwise capable news organization then toned down by more careful (if anonymous) reports in The New York Times that found little evidence for such access. The Guardian later published a slide that referenced a kind of direct access, albeit casually and deniably in an ugly NSA Power Point slide.

Initial reports also left implied that the surveillance programs could target U.S. citizens and residents more broadly than later reports that emphasized a focus on foreigners. Still a big effing deal, but I canceled red alert.

Dishes this deep take a while to cook.

Even if the details of the programs aren’t clear, there’s enough in their alternative and still confusing pathways to legality to raise worries. Organizations like Mozilla, Reddit, the ACLU and the Electronic Frontier Foundation posted an online petition at stopwatching.us Tuesday demanding more visibility into the apparent secret courts that have been giving the programs their go-ahead.

But others seem just as confident in shrugging this off as no big deal. “Why is this news?” one person asked me. We’ve always known the government spies on people, goes the argument. What does this change?

I’ll tell you what it changes. It makes invisible government programs visible fact.

There’s power in secrecy, both for the government, in doing its job, and for every citizen, in doing ours. But our expectations of privacy — whichever ones we have left — are not about secrecy so much as control. We don’t need to keep our information to ourselves so much as we need the freedom to decide who else gets to see it.

Tech companies that manage our data know that, and work hard to assure us that we have the privacy we expect (Microsoft and Twitter have joined Google in demanding to publish NSA data requests). If they lose our trust, these companies have learned the hard way, they lose us.

Now that its secret’s out, the government would do well to come out of the shadows and strike the same well-lit posture. They don’t need to tell us everything. You can’t run a country entirely in the open. But understand: Our government changed our country’s privacy policy without even telling us. Now that we know, it’s time to talk.

In reference to the leaks, President Obama said Friday, “If people can’t trust not only the executive branch but also don’t trust Congress and don’t trust federal judges to make sure that we’re abiding by the Constitution and due process and rule of law, then we’re going to have some problems here.”