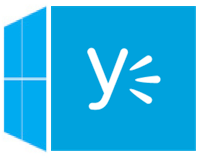 Social tools make it possible for workers to communicate and collaborate in all sorts of new ways, but is all that virtual gabbing making people more productive or less? A new study commissioned by Microsoft finds employers and workers divided on the topic.

More than 30 percent of companies are reluctant to let their workers use social technologies on the job, and in many cases restrict their use, according to the study. That’s despite the belief of many employees that social tools improve their ability to collaborate, and actually increase their productivity.

Those are some of the findings from the study. Research firm Ipsos surveyed more than 9,900 people around the world about the use of social technologies inside their companies.

Yammer, the enterprise social networking company acquired by Microsoft last year for $1.2 billion, says its push to integrate Microsoft Office 365 with Yammer, and vice versa, should help overcome the concerns identifued by the survey. Work on that integration is under way now.

The goal is to make the line between Yammer and Office increasingly “blurry,” said Yammer co-founder and CTO Adam Pisoni, now a Microsoft Office engineering GM.

“Social is still too separate,” Pisoni said in an interview. “To get the widespread adoption that we need, we have to integrate and become part of the tools that they’re already using. A lot of the step-changes that we’re going to see in adoption are going to come as we see those integrations come to fruition.”

Yammer has a Facebook-style interface, and a big part of its success has come from grassroots adoption by employees, which eventually convinces companies to officially embrace (and pay for) additional tools to manage the Yammer service.

The survey found that 39 percent of employees believe there isn’t enough collaboration at their companies, and 40 percent believe social technologies lead to better teamwork. For more, see this summary report and this related site.

A recent study by Avanade, a consulting firm that specializes in Microsoft technologies, found that Facebook is by far the most widely used social tool inside companies.