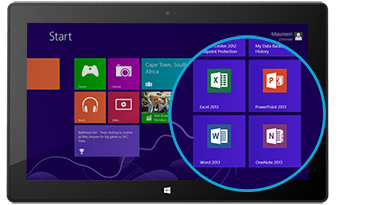 Apple’s decision to offer its iWork suite for free on new iPads is drawing a spirited response from Microsoft’s communications chief. In a new blog post, Frank Shaw disputes the notion that the move is a competitive threat to Microsoft, pointing out that the gold standard productivity suite, Microsoft Office, already comes for free on Surface RT and its successor, the Surface 2, Microsoft’s iPad competitors.

“Now, since iWork has never gotten much traction, and was already priced like an afterthought, it’s hardly that surprising or significant a move,” Shaw writes. “And it doesn’t change the fact that it’s much harder to get work done on a device that lacks precision input and a desktop for true side-by-side multitasking.”

He concludes, “So, when I see Apple drop the price of their struggling, lightweight productivity apps, I don’t see a shot across our bow, I see an attempt to play catch up.”

Shaw’s full post is worth a read, and he makes a good case for Microsoft’s strategy with Surface and Office, but there are a few more wrinkles that are worth pointing out.

First, Microsoft offers the core Office apps for iPhone as part of a $100/year Office 365 subscription but has so far not released Word, Excel and PowerPoint for iPad. When the company does bring Office to the iPad, Apple’s move will make it tougher — not impossible, but tougher — for Microsoft to justify that annual subscription fee.

In addition, the news yesterday was actually broader than iWork being free on iPad. (In fact, Apple had already announced that.) The broader news was that Apple is also offering iWork and iLife for free on the Mac, and letting Mac users upgrade to OS X Mavericks for free.

That is where Apple’s pricing moves could sting Microsoft, with the potential to create the perception among users that software is a mere commodity that comes along with hardware. Given that Microsoft still makes the vast majority of its revenue on software, any trend in that direction is not good for the Redmond company.

By the way, we’ll get our next glimpse at how Microsoft is doing on Thursday afternoon, when the company reports its results for its fiscal first quarter.