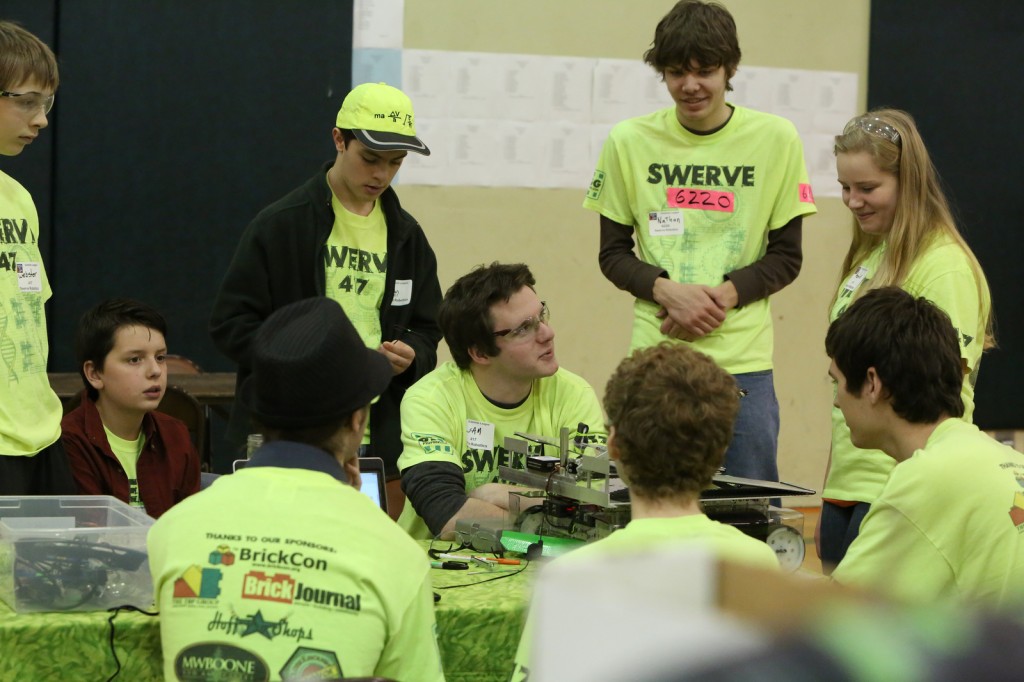 A local team is headed to a world championship later this year, but we aren’t talking football, basketball or baseball.

Try robots instead. Swerve Robotics is a local 4-H community-based club based out of Woodinville made up of teams with students aged 6-to-19 that design, build and program world-class robots for game and design competitions.

Last month, one team — Sigma — performed well enough at the Washington State FIRST Tech Challenge (FTC) to qualify as one of 127 teams from 16 countries that will compete at the World Championships in April.

It’s impressive to see what these students come up with. Working on a Swerve team requires skills that many kids do not learn until they graduate college and get out in the workplace.

“One of our sponsors here in Washington told me that the thing he loves about the kids that do FIRST is that they leave high school with skills that many college graduates with engineering degrees do not have,” said mentor Heidi Lovett. “The FIRST students know how to work on a team, build stuff, can work under pressure, with both time and financial constraints to compete in a fair and friendly manner.”

Swerve started six years ago in Lovett’s living room and has grown since then. The club has two FTC teams —Sigma and Alpha — as well as an FLL and Jr.FLL team, two other programs that FIRST organizes. Students generally meet two or three times per week and compete in district, state and world competitions.

On top of building and designing a robot, top teams are expected to have a business plan, raise money, market the team, build a website and robots both for other teams as well as the public and sponsors. 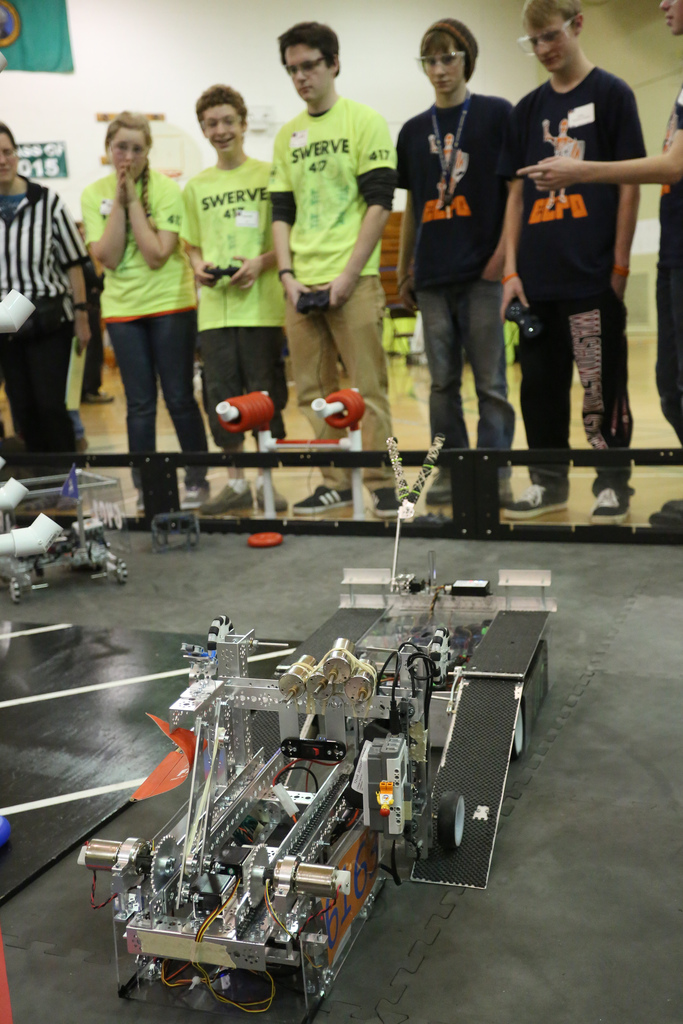 They also learn about one of the core values of FIRST: Gracious Professionalism. This means helping other teams troubleshoot during competition and competing in alliances for qualification matches.

“This variety of partners mimics the real world of engineering where your company may compete with another for a contract, but once it is signed, may then partner with the very same company to fulfill the contract,” Lovett said.

Two teams from every state competition can qualify for worlds: one from the “game” competition, as well as the winner of the “Inspire Award” that goes to the team that truly embodied the ‘challenge’ of the FTC program.

But the team needs to $35,000 in to send the entire Swerve club and all the robots to St. Louis for the World Championship. CEOs and top engineers from firms like Boeing, Microsoft and Autodesk will be in attendance, along with 15,000 other students.

Even though just Sigma is competing, “both teams, Sigma and Alpha, are planning to attend as they are one ‘family,'” Lovett says. You can donate here and note SWERVE ROBOTICS in the comment box, or contact Lovett at firstmentor@comcast.net.

“For our students, this may be their only opportunity to participate in a competition of this scale,” Lovett said. “It is all at once overwhelming and exciting, exhausting and exhilarating.”