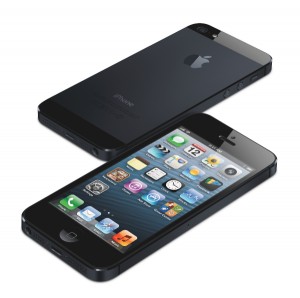 Smartphones are taking over the world.

Well, not really. But the latest estimates from the International Data Corporation indicate that 2013 will be the first time worldwide smartphone shipments exceed those of feature phones.

The IDC said today that it expects 2013 smartphone shipments to grow by an astounding 32.7 percent from last year to 958.8 million units, which will account for 52.2 percent of all mobile phone shipments around the globe.

“2013 will mark a watershed year for smartphones,” Ramon Llamas, Research Manager for IDC’s Mobile Phones program, said in a press release. “If you look at the number of vendors who support both feature phones and smartphones, many of them have not only successfully transitioned their product portfolios to highlight smartphones, but smartphones have become their primary value proposition going forward.”

Shipments of smartphones did in fact take over those of feature phones in the first quarter, as more than half of cellphone shipments (418.6 million) were smartphones (216.2 million).

Meanwhile, comScore released its updated U.S. smartphone stats and Apple continues to impress. For the three-month period ending in April, Apple increased its share (39.2 percent) of smartphone subscribers by 1.4 percent since January of 2013. Samsung also slightly increased its grip on the market, while HTC, Motorola and LG all lost share. 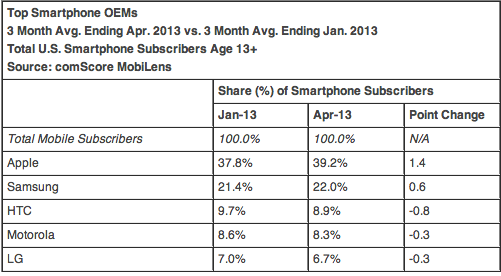 On the platform side, Google’s Android slipped a bit but still maintains a comfortable lead on Apple. Microsoft’s Windows stayed relatively stable, while BlackBerry took the biggest blow, dropping its share by 0.8 percent. 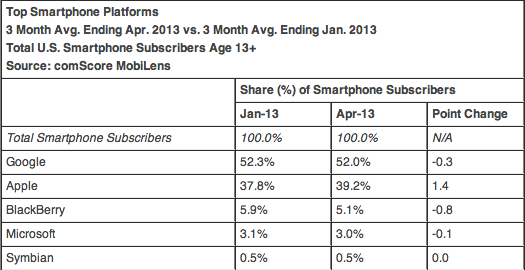 Previously on GeekWire: Study: Android still rules, but Windows Phone makes gains thanks to the kids