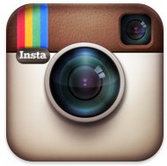 Last week, during the regular technology segment on KUOW-FM’s Weekday program, I mentioned offhandedly that Instagram is one of the remaining holes in the Windows Phone app lineup. A listener called in to correct me, citing the third-party Instance app. Sure, but it’s not an official Instagram app, I pointed out.

“Come on, what’s the difference?” was the response when I asked people to weigh in on Twitter.

This week we found out. A change in Instagram’s API, designed to improve security, had the side effect of cutting off uploads for Instance and other unofficial apps. The functionality has since been restored, and Instance is indeed a great app, but the incident highlights the fact that Microsoft can’t count on these unofficial apps to fill the gaps.

The issue was emphasized by Nokia vice president Bryan Biniak in an interview this week with the International Business Times.

“We are releasing new devices frequently and for every new device, if there is an app that somebody cares about that’s not there that’s a missed opportunity of a sale,” he was quoted as saying, noting that Nokia is trying to get Microsoft to move more quickly. “We are trying to evolve the cultural thinking [at Microsoft] to say ‘time is of the essence.’ Waiting until the end of your fiscal year when you need to close your targets, doesn’t do us any good when I have phones to sell today.”

I’m following up with Instagram (which is of course owned by Facebook) to see if there’s any news on plans for an official app for Windows Phone. In the meantime, Instance is working well for me … I just hope it stays that way.