Like any word bound to human ambition, “innovation” is a claim as much as it’s a description. And it’s no wonder people aspire to be innovative. In a world that keeps changing as a result of technology, true innovators make a real impact — developing new ideas to improve our lives.

There may be no higher compliment to a technology project than to call it innovative.

But last week I found myself questioning the very nature of innovation.

I was in St. Petersburg, Russia, to judge the Imagine Cup, Microsoft’s international student technology tournament. Eighty-seven teams competed in the worldwide finals after winning national competitions in 71 countries. Microsoft paid my travel expenses, and I spent two days with fellow judges from Microsoft, Facebook, Twitter, Draper Fisher Jurvetson and others agonizing over which of the 31 projects in the event’s Innovation Competition most deserved the title.

Why the agony? What started out as a singular concept became plural. For a surprising number of projects, the question wasn’t, “How innovative is this?” but “What type of innovation is this, is it stronger than the other types, and how do I begin to decide?”

Four types of innovation stood out in the 14 projects I helped evaluate: 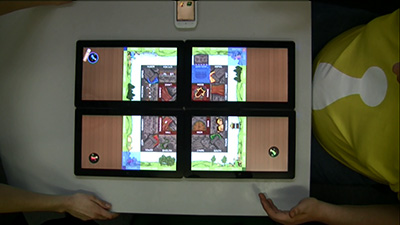 Innovation in concept: Nothing is new under the sun, as they say, but some projects stood out for introducing new concepts — or coming pretty close. My favorite of these was Multiboard (at right), a mobile gaming platform that turns tablets into interlocking game boards, and phones into smart personal game pieces. The demo was impressive, as was the eager Polish team’s next step: a digital distribution platform that would allow anyone to create and sell their own Multiboard digital board games.

An example from a project I did not directly judge is the U.K. team’s SoundSYNK, an app that makes it possible for different phones and devices to play the same song at the exact same time. More volume through shared speakers. Neat, right?

Innovation in access: Some things we’ve seen before, but making them cheaper and easier gives them new life. Andrey Konovalenko, a 16-year-old Ukrainian who made me wonder what I was doing with my life at his age, hacked together the rough equivalent of the popular $2,000+ classroom SMART board for $25. Using little more than a modified old webcam, a souped-up marker and an algorithm, his system turns any surface you can shine a light on into an interactive whiteboard — as big or small as you make it.

Innovation in application: Package old technologies for a narrow purpose and you can improve how something gets done. SkyPACS, the Thai team’s creation, uses tablet interactivity, image analysis and 3D printing tools to compile a system for radiologists to manage, share and diagnose cases. This system is miles ahead of what they use now.

Take this a step further and you can solve problems people didn’t even realize were there. Surgeons spend up to 15 minutes re-sterilizing every time they leave a surgery to check files or look up case work. The Slovenian project, DORA (which I also did not directly judge), uses the Kinect to create a language of gestures that surgeons can use to scan documents at the operating table without even taking off their gloves.

Innovation in vision: An ambitious goal can make its own magic, even if (especially if?) it’s ahead of its time. Sri Lankan students developed the I-Chum, a smart visor for the blind that wires together every sensor you can think of to help the blind navigate, identify people and even read. If it sounds too good to be true, it kind of is. The technology isn’t where it needs to be for the device to be practical. But it was a hell of a good start.

In the end, what made the difference — in the competition, at least — was the goal of innovation: impact. That came down to not just the quality and readiness of each project, but the extent to which it had been developed with users in mind. SoundSYNK won the $50,000 first prize, with DORA and SkyPACS taking second and third.