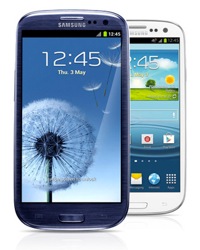 How many handsets do you think Samsung sold per minute during October through December of last year? 10? 30?

At its Q4 investors guidance, the South Korean company said it expects to make $8.3 billion in Q4 profits when the earnings report comes out later this month, Reuters reported.

The growth has been incredible: Samsung’s operating profit increased 89 percent from this time one year ago. The forecast would mark the fifth-straight record quarterly profit.

According to Reuters, Samsung was able to stay ahead of Apple partly because it debuted 37 different phones last year, while its rival introduced just one iPhone. Those 37 phones ranged from high-end to low-end so to match the region where devices were sold — what the people living there preferred and could afford.

LG released 24, HTC with 18, Nokia at 9 and Apple with just one new device last year. Samsung’s top-shelf phone, the Galaxy S3, surpassed the iPhone5 as the best-selling smartphone in the world earlier last year. Sales of the S3 dropped, but the company sold 8 million Note II phablet devices to help increase Samsung’s total smartphone shipments to 63 million in Q4.

Analysts warn that those numbers could drop in Q1 this year because the Galaxy S4 won’t debut until March or April. Still, Samsung’s smartphone shipments are expected to increase regardless.

Samsung, which is valued at $230 billion, might be the undisputed champion of smartphones and a tech kingpin by that time. But will Apple, LG,  or — dare I say it — Nokia’s Windows Phone help dethrone Samsung?

What do you think?