Maybe it’s the wacky and awesome commercials they’ve been putting out. Or it could be company’s reputation as an impressive charitable organization.

Whatever the reason, college grads seem to want to work at Microsoft over places like Amazon and Facebook.

That’s the finding from Universum USA, a global research and advisory company for employers that recently polled 65,679 college students across 312 universities.

Students from five different field of studies — business, engineering, IT, natural sciences and humanities/liberal arts — were surveyed, and picked Microsoft ahead of both Amazon and Facebook in all but the humanities category.

More than 21,000 business majors were polled and Google took the top spot for the second straight year. Three Seattle companies — Microsoft, Amazon and Nordstrom — made the top 15 among business students: 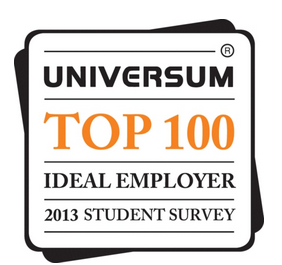 And among the IT students, Microsoft finished an impressive second place just behind Google:

Universum also found that work/life balance continues to be the top priority for college grads. For full results, click here.

Previously on GeekWire: A giant sucking sound: Seattle startup CEOs say Amazon is sucking up all the tech talent in the city