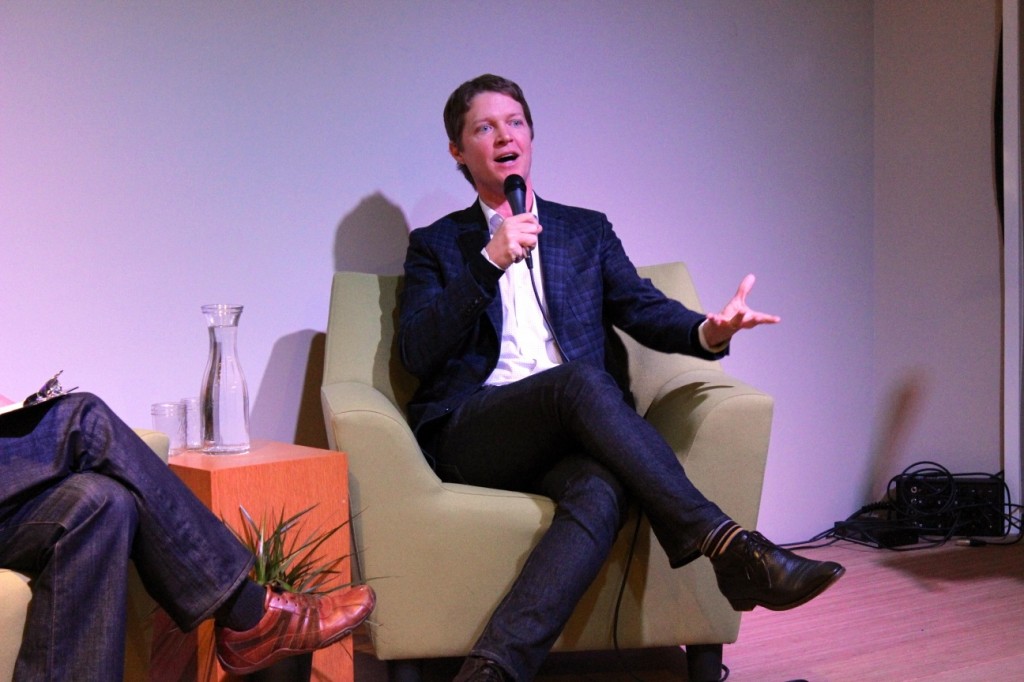 We had a stimulating conversation with Tableau CEO Christian Chabot yesterday at our GeekWire Meetup. Chabot touched on a number of really interesting topics and had good perspective on Seattle as a startup city.

Chabot co-founded Tableau back in 2003 down at Stanford University but decided to bring the visual analytics software business up north to the Emerald City.

John Cook interviewed Chabot Wednesday evening at the HUB Seattle and asked him what drove Tableau to Seattle, and looking back, was it the right move?

Here’s what Chabot had to say:

Building a company here in Seattle over the last 10 years has made us realize that in many ways, I think Seattle is the promised land in startup America. It’s one of the best decisions we ever made. We did not make the decision for business reasons. We moved because we wanted to live here.

There were a few of us that were best described as Bay Area Burnouts and we saw this promise land of Seattle with nicer-sized city rather than the Bay Area Silicon Valley sprawl. Much of Silicon Valley is a series of strip malls and it’s sort of disgusting in a certain way. It’s a high cost of living and you spend a fortune on a postage stamp apartment.

We looked at Seattle as a great place to live with a great outdoors culture and a really vibrant startup and engineering community. We went primarily for personal reasons, but looking back from a business perspective, what a home run. In fact years after we moved here, SalesForce opens an office, Splunk opens an office, Facebook opens an office — just go down the list. In a way, we were early at discovering Seattle and it’s worked out well for us.

Cook then asked Chabot about Seattle becoming a stronger startup or tech hub. His answer:

The one thing you kind of miss is the startup culture to the city. In the Bay Area, the thing that’s funny and cool is that everyone is either working for, or at some point planning to join that crazy disruptive thing. When you go to a coffee shop, everyone is talking about what tech startup they are working for. There’s a reason why Silicon Valley is Silicon Valley. One of the nice things about it is that people and couples will weave the idea of joining a startup into their conversation over the years. It’s just so baked in and Seattle doesn’t have that.

The one cold splash of water we did have in Seattle was realizing how many people were just comfortable at a big corporation — the Microsoft’s, the Amazon’s. I think Seattle has a ways to go there, but I sense that as I’ve lived here, it’s gotten better every year from that perspective. I think we’re on our way.

A big thanks to our sponsors of last night’s Meetup: Outlook.com, Microsoft User Research, Bing and Seattle Children’s Research Institute.