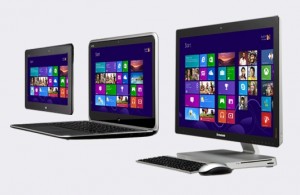 Just after partnering with indie development toolkit company Unity last month, Microsoft is now offering up some dough to those who create games in Unity 4 for Windows Phone and/or Windows Store.

Contestants will need to build the games using the Windows Store Pro add-on or Windows deployment in the free version of Unity. The first place winner for the Windows Phone category will receive $30,000, second place locks down $10,000 and $5,000 goes to third. The same prizes will be awarded to those who create games for Windows Store.

Here’s what you should look out for if you plan on entering:

Unity and Microsoft are looking for 2D and 3D interactive games or content that are destined to become a hit on the Windows Store Apps and Windows Phone 8 platforms. Games, education and training apps, advertising and visualization content, even interactive art can be submitted.

We want to see and play content that hooks us in fast, keeps us glued to our screens and coming back for more. It can be content that’s fun and casual, informative, or instructional, high-velocity or high art. Create it with gorgeous graphics and flawless performance; addictive gameplay and intuitive controls count as much as fireworks and polish.

There are also five honorable mention categories and each will receive a Unity Pro license with a Windows Store Pro publishing add-on:

Contestants can submit up to ten entries and have until Sept. 30 to get their games in. Here are some examples of Windows Store and Windows Phone 8 games that were made with Utility.

Microsoft seems to be patching up their rocky relationship with indie game developers over the past few days. Just today the Redmond software giant said that it’s giving independent developers the ability to self-publish on the Xbox One, months after stating otherwise.

Previously on GeekWire: Microsoft will pay you $150,000 to fend off hackers and find security flaws in its software