SAN FRANCISCO — Microsoft showed some new stripes and drew repeated cheers from the crowd of third-party developers at the company’s Build conference here this morning, demonstrating new tools meant to make it easier to develop apps for the cloud and devices.

At one point, the company showed how to use a Mac to code for a mobile device using its developer tools. In another demo, the company demonstrated how to connect to services from Google and Amazon for single sign-on to cloud applications.

Box CEO Aaron Levie, the Mercer Island native, commented about the difference as he appeared on stage in an “I’m a PC” shirt to tout integration between Box and Windows Azure Active Directory.

“It’s really exciting to see an all-new Microsoft,” Levie said, joking that he had been waiting for Bill Gates to drop down from the ceiling and take the Mac away during the earlier demo.

The company is using the conference to try to generate new momentum among the developers who make apps and services for Windows, Windows Phone and Windows Azure. The company yesterday released a preview of Windows 8.1, an update to Windows 8 that adds new features to the tablet and PC operating system.

Microsoft needs the support of these developers as it tries to catch up to Apple and Google in phones and tablets, while maintaining its traditional stronghold among large business customers.

Microsoft is also courting the developers in other ways. The company held a splashy party at an outdoor bar in downtown San Francisco last night, and has so far given away two tablets to Build attendees — a Surface Pro and an Acer Iconia tablet that is the first 8-inch device to run Windows 8.

Microsoft started the day with a deep dive into the latest features of its developer tools and services including Visual Studio 2013 and  ASP.Net. A demo by Microsoft’s Scott Hanselman drew repeated cheers from the developer crowd, showing features such as the ability to see updates in the code live simultaneously in Chrome and IE, and to hover over CSS rules in the code to see which browsers and versions support them. 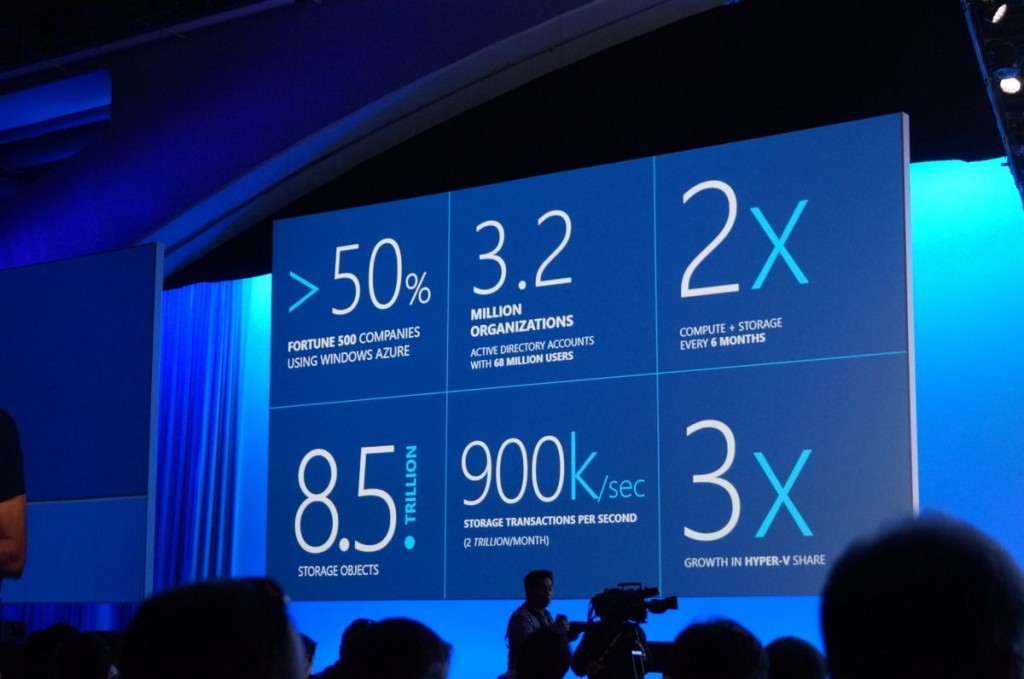 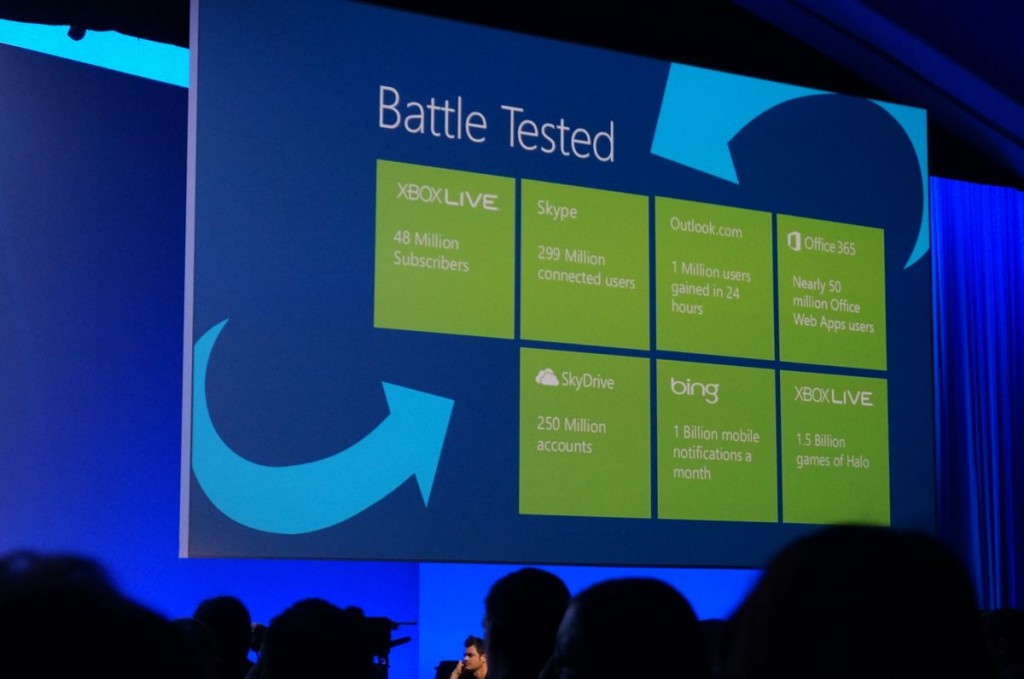