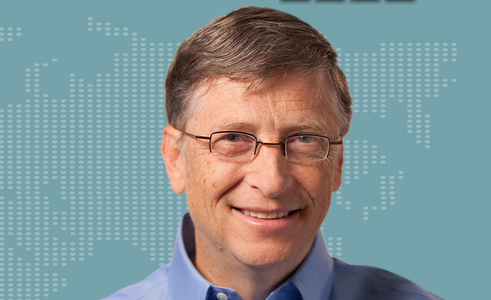 Bill Gates published his fifth annual letter today and wrote that accurate measurements and clear goals are the keys to improving the lives of poor people around the world.

Gates’ letter highlights progress with the education in the United States to the prenatal health care in Ethiopia. He emphasizes the of the importance of setting goals and using the right measurements to achieve them.

“I have been struck again and again by how important measurement is to improving the human condition,” he writes. “…In previous annual letters, I’ve focused a lot on the power of innovation to reduce hunger, poverty, and disease. But any innovation — whether it’s a new vaccine or an improved seed — can’t have an impact unless it reaches the people who will benefit from it.

That’s why in this year’s letter I discuss how innovations in measurement are critical to finding new, effective ways to deliver these tools and services to the clinics, family farms, and classrooms that need them.”

He uses examples from Colorado, Ethiopia and Nigeria to show how gathering and organizing data with increasing speed and money is making a difference. The Microsoft co-founder also touches on how polio is close to being eradicated from the world and how new advances in measuring teacher effectiveness are providing opportunities to improve education.

Gates also wrote about the United Nations-created Millennium Development Goals as an example of how the world can make changes with the right goals in place.

“While we won’t reach all of the goals, the progress we’ve made toward each is staggering,” Gates said in a press release. “The MDG target of reducing extreme poverty by half has been reached ahead of the deadline, as has the goal of halving the proportion of people who lack access to safe drinking water.”

Gates is encouraging others to speak up and contribute ideas for how to improve the world for the next generation. You can help him out by submitting your idea on the Hopes for 2030 Facebook page.

Previously on GeekWire: Bill Gates says you should read these 5 books in 2013