April Fool’s Day: Because there isn’t enough misinformation on the Internet already, apparently.

As people around the GeekWire office will tell you, this is probably my least favorite day of the year. Seriously, so much stuff online is bogus already — do we really need a day to celebrate the tradition?

Just ask Jeffrey Grubb of VentureBeat, who got taken in by an April Fool’s prank purporting to announce that a Sony PlayStation publisher relations executive, Adam Boyes, had been named the new CEO of Electronic Arts.

OK, yes, I probably need to lighten up. Some of the April Fool’s jokes concocted by tech companies are relatively funny, or at least very elaborate. Here are some of the highlights so far this year.

YouTube is a contest, and it’s over: “After eight amazing years, it is finally time to review everything that has been uploaded to our site and begin the process of selecting a winner.”

More from Google: Gmail Blue (a poke at “Windows Blue“?) and Google Nose, featuring “the Google Aromabase” with “15M+ scentibytes.”

Microsoft’s bold new “Do Not Tracksuit” — bringing privacy protections to the real world.

“Simply put, it blocks the wearer from being tagged, checked in, scanned, filmed, recorded, hashtagged or poked, in the real world and the virtual world. Because in today’s social media obsessed landscape, too often people can unwittingly become “content” in other people’s lifecasting schemes. ….

“Using a combination of NFC, RFID, Bluetooth 5.2 and infrared emitter technology optimized in our labs, the Do Not Tracksuit is smart enough to detect specific device/app vectors and neutralize them in accordance with the wearer’s intent. It doesn’t simply block all social media behavior in its proximity. Using proven SmartScreen technology, the suit can tell the difference between your mom tagging a great churro in Foodspotting and a frenemy tagging your photo in Foursquare.”

Seattle’s findwell real estate firm debuts tournament-style bidding for home buyers, inspired by the hot housing market and the NCAA tournament. The company explains, “Homes listed for sale with a findwell agent will now benefit from this new style of bidding by allowing buyers to compete in an open, bracket-based competition for homes, pitting two buyers against one another in each round until a winner is chosen.”

Microsoft vet turned startup entrepreneur Charlie Kindel announces his new position, heading up the Amazon Kindle Charlie team. Update: Kindel notes that part of his post is true, and confirmed for us that he has, in fact, been hired by Amazon for an undisclosed project.

Redfin employee discovers new species of shark — the Redfin Shark: “We were so excited to hear one of our employees discovered a new species, and just couldn’t believe our luck when it turned out to have Redfin in the name,” said Glenn Kelman, CEO of Redfin.

Coursera brings a classic subject to the world of online learning …

And finally, Seattle’s Museum of Flight lands a very special exhibit: Wonder Woman’s Invisible Plane. Check it out in all its glory below. 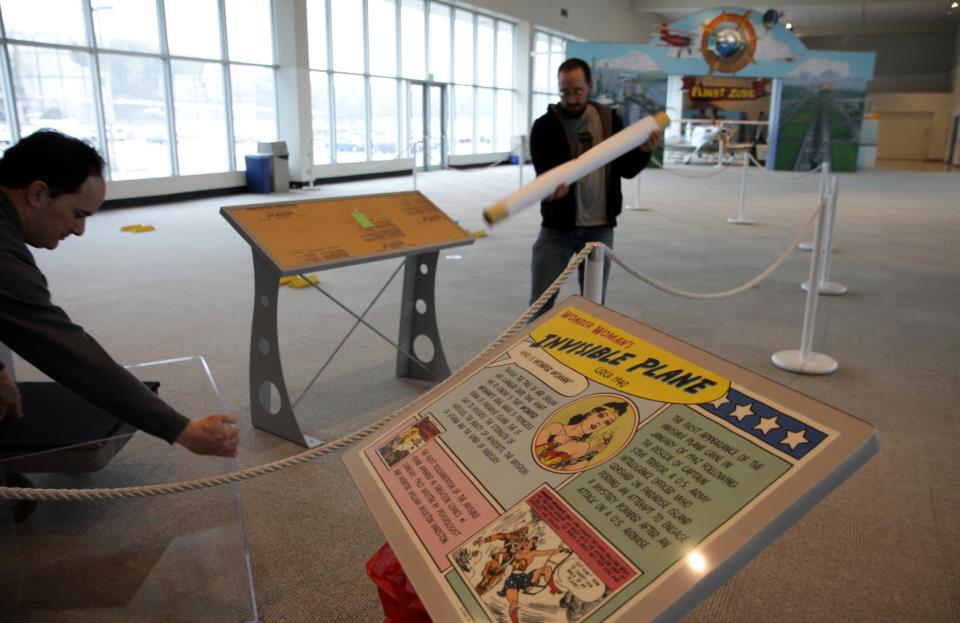 Happy April Fool’s Day, everybody. Be careful out there.