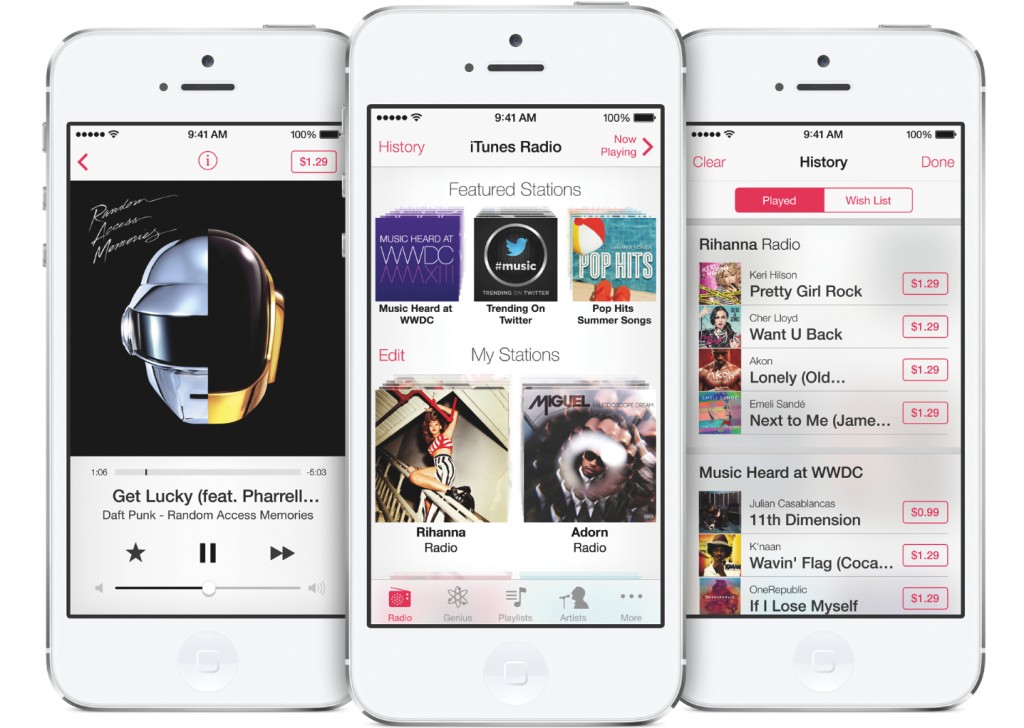 Apple unveiled its long-awaited move into streaming music this morning, announcing plans to release a free Internet radio service called iTunes Radio later this year. It follows the mold of existing radio services — letting users create stations generally based on particular artists or songs, without the ability to directly pick a specific song to play at any given moment.

In that way, the service promises to be more of a direct competitor to Pandora Radio and other services along those lines. It looks to be less of a threat to music services such as Seattle-based Rhapsody, which provides on-demand access to a large music library.

iTunes Radio will be available as part of the music app on the iPhone, iPad and iPod touch, and via iTunes on Macs and Windows PCs, in addition to Apple TV. Apple says the underlying personalization algorithm will take into account tracks purchased via iTunes in addition to songs streamed by the user via the service.

Apple’s new service includes Siri integration, letting people use their voice to control playback — including commands such as “Play more like this” — or ask for more information about the song being played.

A free version will be available with ads. An ad-free version available to users of the company’s $24.99/year iTunes Match service.

Rhapsody’s take: “We have found that Internet radio services (like Pandora and the new Apple offer) help open doors to an ad-free, full on demand service like Rhapsody,” said Rhapsody spokeswoman Jaimee Minney in an email. “Our customers want to listen to the music they love everywhere, whether it’s their iPhone, Ford, Xbox, Sonos or smart TV — and don’t want to be limited to their Apple device.”