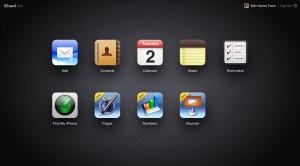 We reported earlier this month that Apple had opened up its iWork for iCloud beta to members of its developer program. Well, it seems that the company has now decided to give everyone else a crack at it.

iWork for iCloud, first announced at Apple’s Worldwide Developer Conference, is a web-based port of Apple’s productivity suite that aims to allow users to work on their iWork documents in the cloud.

A number of people have been getting emails from Apple inviting them to try out the iWork for iCloud beta. If you’re one of the lucky ones, you should be able to access the beta from icloud.com.

I haven’t yet received one of those emails, but I was still able to access the beta through the iCloud website. Your mileage may vary, but if you’re chomping at the bit to give the beta a shot, I’d say it’s worth a try.

If you’re interested in what you’re getting yourself into, here’s what I had to say after trying out the developer beta:

Though I haven’t spent an extensive amount of time with the beta, my minimal testing shows a system with a lot of promise. Syncing documents between my various devices and the web app was nearly painless, and the interface feels clean and responsive.

I opened up one of my Keynote presentations, and it ran perfectly in full-screen mode, complete with 3D transitions, all straight from the web. If you’re a heavy iWork user like me, and you find yourself away from your devices but need to get a hold of one of your documents, this seems like an excellent way to do just that.

My one pet peeve is that it is currently only possible to share a document by emailing it through your iCloud email. Other than that, though, it seems to be a great start.

I haven’t noticed any difference between the public beta and the developer beta, save for the continued use of grey linen in the iCloud home screen of the former.

Previously on GeekWire: Apple opens up iWork for iCloud beta to everyone