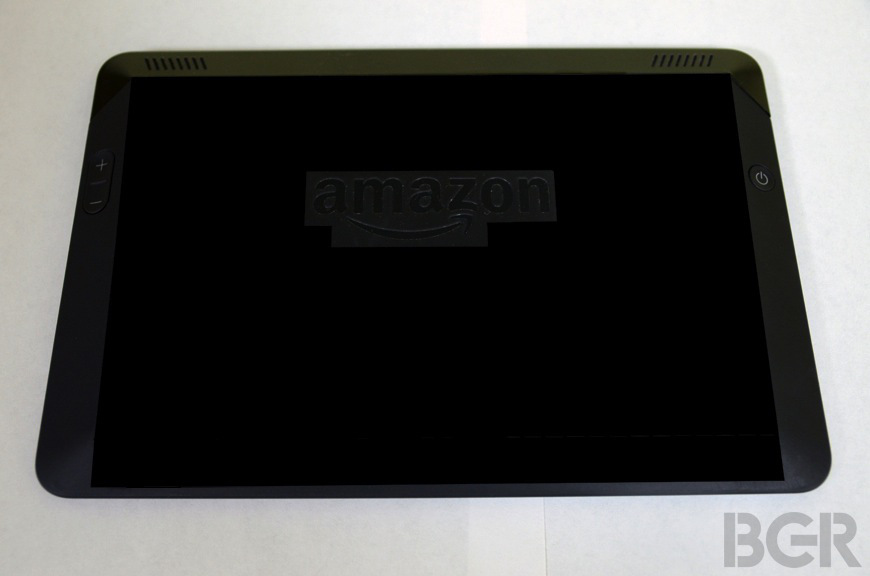 A day after Apple unveiled a new iPhone lineup that had effectively been revealed weeks earlier by anonymous people in the hardware supply chain, a new set of leaked photos purports to show Amazon’s next Kindle Fire HD, as reported by BGR.

Here are the high points from the site.

As can be seen in our exclusive photos, the 2013 Kindle Fire HD models feature an extensive design overhaul. The rounded shape on the back of the current models has been replaced with a more angular design that gives the device a much harder look. Also as we described, the buttons have been completely redesigned since the current layout was a big pain point for many users.

The stereo speakers on the back of the Kindle Fire HD have now been moved to the top of the device, as seen in several of our exclusive photos. The band across the bottom on the back of the current HD tablets has been removed, leaving a smooth back surface interrupted only by Amazon’s logo.

Amazon has made strides with a relatively low price of its tablets, but the company has also experienced extreme seasonality in its sales, compared with other tablets.

The new design is interesting — including the new location of the volume and power buttons — but the real test will be whatever new features Amazon comes up with to go along with this restyled hardware.