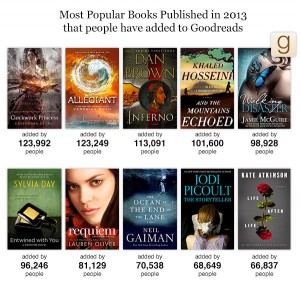 Amazon’s acquisition of San Francisco book social network Goodreads is looking like a good move for the Seattle online giant.

Goodreads, which offers a place for readers to share thoughts and reviews on books, announced today that it has reached 20 million members on its network, an increase of 10 million in less than one year.

CEO and co-founder Otis Chandler noted that Goodreads, which launched back in 2007 and still operates independently in San Francisco, now serves as a hub for more than 25 million reviews and 620 million books.

“One of the main reasons why Elizabeth and I founded Goodreads is because we believe in the power of books,” Chandler wrote in a blog post. “We believe the ideas you find inside stories can truly change the world. We believe that books make the world a better place. It’s why the Goodreads mission is to help readers everywhere find and share books they love.”

The acquisition by Amazon this past March added a new chapter in the Seattle retailer’s quest to get closer to its core customers — book lovers — though it’s unclear as to how Goodreads has affected Amazon’s book sales so far.