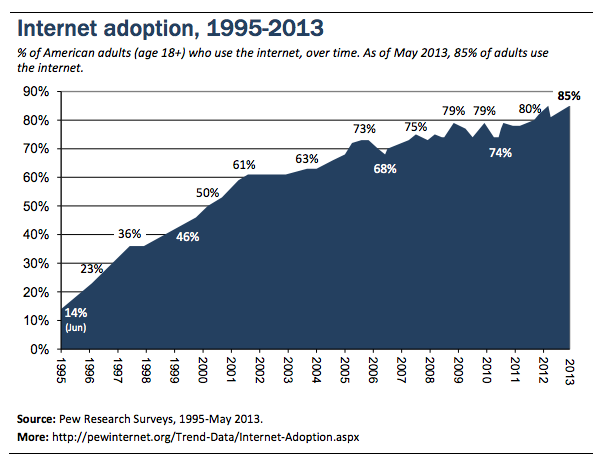 Many of you reading this article would probably agree that life without the Internet would be a little troublesome in this day and age.

Yet a new study from Pew shows that 15 percent of Americans still don’t go online, ever. If there are about 242 million adults in the U.S. 18 or over, that means there’s roughly 36 million of us who do not access the web.

Out of 357 people polled who don’t use the Internet, 34 percent say they’re just not interested, are too busy or just think it’s a waste of time. About 32 percent have usability problems — it’s too difficult or just don’t know how to use a computer — and another 19 percent say price is the issue. 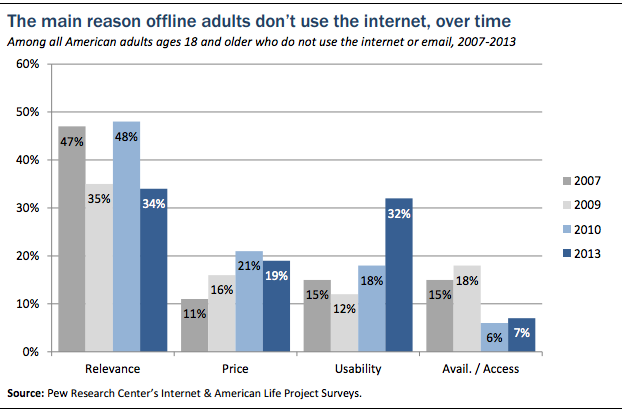 Most of the people not online are older, with 44 percent of Americans 65 and older off the Internet. This age group makes up nearly half of non-Internet users overall.

People offline don’t have any plans of firing up a browser anytime soon, either: Only eight percent of those offline say they want to start surfing the web.