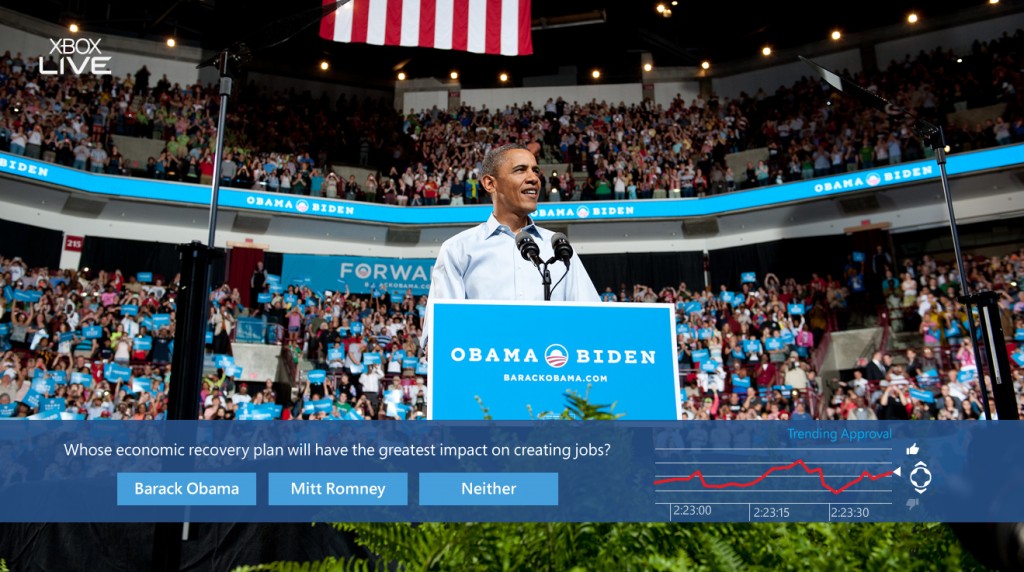 The first debate between Mitt Romney and Barack Obama on Wednesday will be a milestone in the 2012 U.S. Presidential Election, but Microsoft’s Xbox Live team hopes it will also be viewed as a watershed moment for interactive television.

Microsoft is rolling out an interactive polling feature that will let people viewing the debate on Xbox Live answer questions and see poll results in real time on the screen. The company tested the technology during the Republican and Democratic conventions.

Executives hope that the high-profile use of the system during the debates will be a first step toward making television more interactive in general. 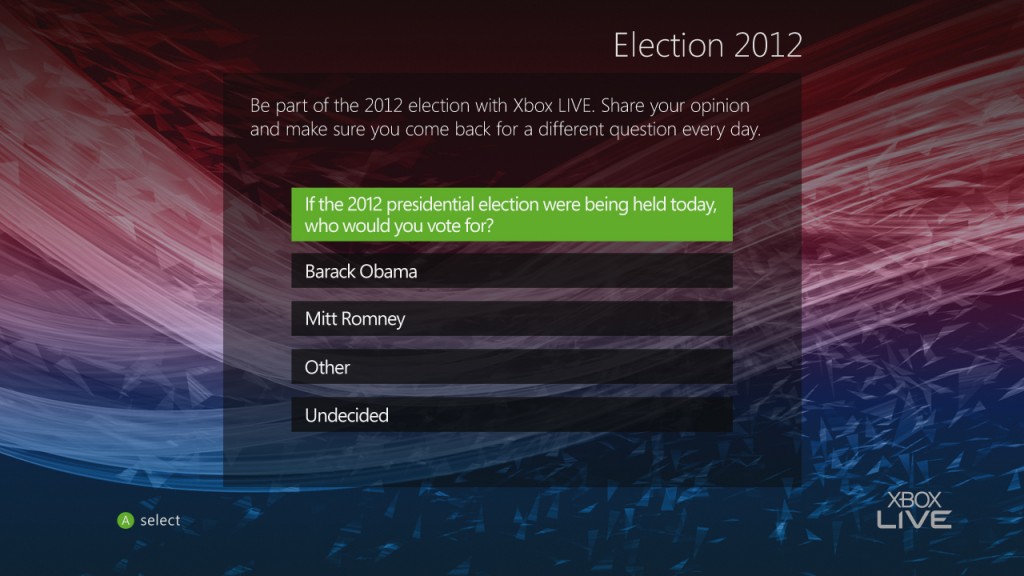 “This is the future of TV,” said Jose Pinero, a senior director with Microsoft’s Interactive Entertainment Business. “This technology and this platform, we can apply to any kind of live TV or video content. Think about real-time live TV, live events — anyplace where we want audience participation, in real-time. We’re going to continue using it and bringing it to more and more experiences.”

Poll questions and results will appear as an overlay on the bottom of the screen, letting people vote with their Xbox 360 controllers or using gestures with the company’s Kinect sensor. An editorial team at Microsoft has been working on questions related to the expected topics of the debate, but they will also have the ability to adjust on the fly depending on what happens during the debate.

The company will also be taking suggested questions from viewers via Twitter.

Microsoft says it sees the interactive polling technology, combined with live television, as an advance over the real-time focus groups that television networks have used for debates and speeches in the past. For one thing, the technology offers the ability to involve a much wider swath of viewers.

In addition, Microsoft sees the approach as an improvement over traditional telephone polling, which has become tougher as people have become more difficult to reach.

Microsoft has been conducting daily polls on Xbox Live and collecting demographic information to help generalize the results of the Xbox Live polling to the broader population. The company plans to start making results of the polls available to the media.

Pinero says that Microsoft won’t use the data it collects through the polls to target ads to users.

Through its polling, Microsoft has determined that a large portion of Xbox Live users are undecided. Here’s a graphic that the company put together describing what it calls the “Xbox Swing Voter.” 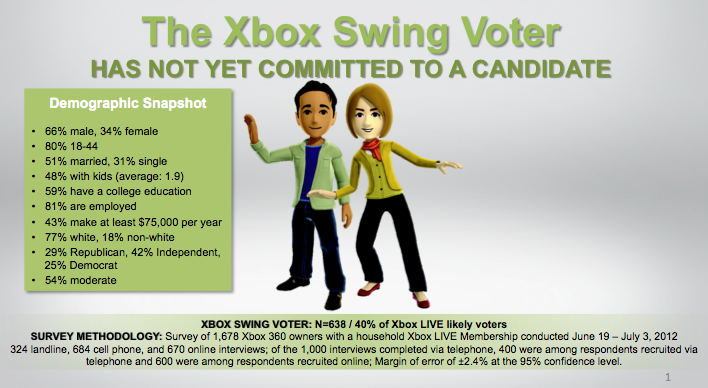