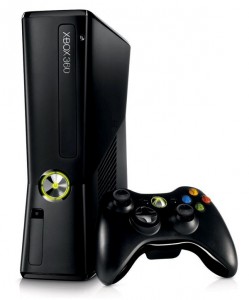 Xbox 360 was the top-selling game console in the U.S. for November, kicking off the critical holiday shopping season with 1.26 million units sold, according to data compiled by the NPD research firm and reported publicly by Microsoft.

It’s the Xbox 360’s 23rd straight month as the top-selling home console in the U.S. — helped this time by the launch of Halo 4 toward the beginning of the month.

Nintendo’s new Wii U console, which launched on Nov. 18, sold more than 425,000 units in the U.S., according to NPD data reported by Nintendo.

Sony didn’t release its NPD numbers for the PlayStation 3 or its handheld game systems.

Overall sales of video-game hardware, software and accessories in retail stores were $2.55 billion for the month, down 11 percent from the same month a year ago. That’s in part due to game sales shifting to mobile devices and digital downloads. Physical retail sales now account for about 50 percent of consumer spending on games in the U.S.

NPD analyst Liam Callahan said in a statement, “Despite an overall retail video game decline of 11 percent, November had the smallest year-over-year decrease we have seen for dollar and unit sales so far this year. This is a sign of momentum going into the December holiday period.”

Here are the top games in the U.S. for the month, as compiled by NPD.